Google's been throwing its Smart Replies at pretty much every app or venue capable of accepting them, from Android Messages to Gmail. It even has a standalone app that introduces the shortcuts—and their occasionally borderline-offensive responses—to third-party app notifications. Now Gboard is testing out adding the same feature to other applications like Facebook and WhatsApp.

The feature was first spotted by the folks over at XDA Developers over the weekend, and it works a bit differently than the in-notification solutions previously developed by Google. Smart Replies via Gboard will appear in the autocomplete "suggestion strip" (I'm told that's it's actual name) just above the keyboard itself. 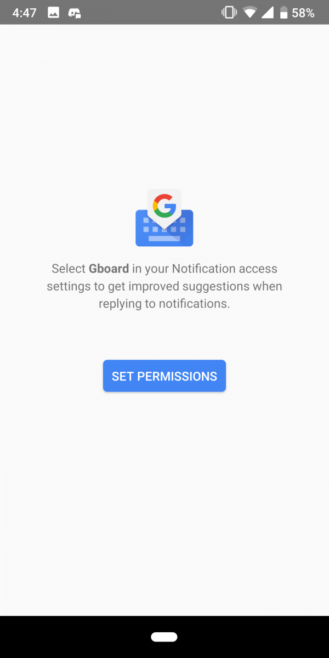 The setup process is initiated via the suggestion strip (left) and requires granting Gboard extra permissions for notification access (right).

XDA Developers was able to trigger the feature, but our own tests with recent versions were not met with success, so it's possible this is a test hitting a limited audience, or that additional undocumented steps/a specific and unnamed version of the app are required to enable the behavior. XDA also notes that the feature works with the following apps, according to their teardown for Gboard: 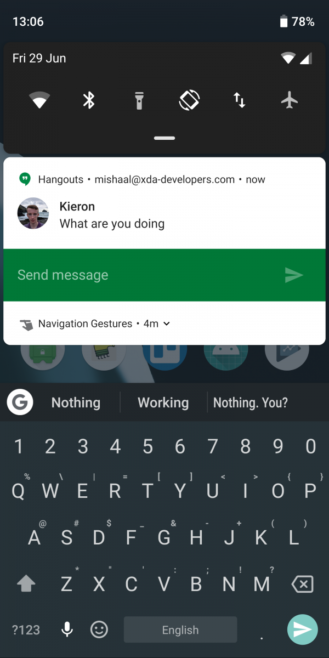 When it works, you'll see machine learning-powered Smart Replies manifest as pictured, inside the suggestion strip/autocomplete area just above the keyboard. In our previous time spent playing with the feature via other means, Smart Replies can certainly save some time, though the responses it generates can occasionally border on socially inept.