One of the more minor additions to the previous Android P DP3 release was a series of Bluetooth changes, including an aptly descriptive "Previously connected devices" section and a reorganization for the Bluetooth toggle into its own Bluetooth section. Now DP4 has further reorganized both that Bluetooth subsection and the NFC toggle into the "Connection preferences" subsection. 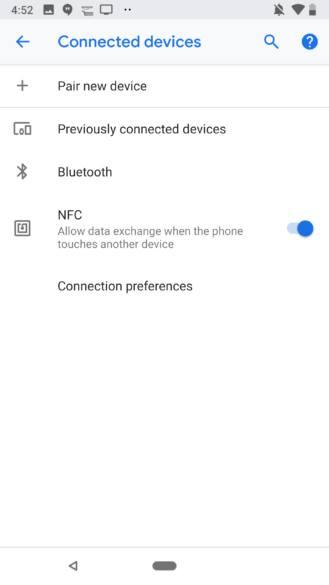 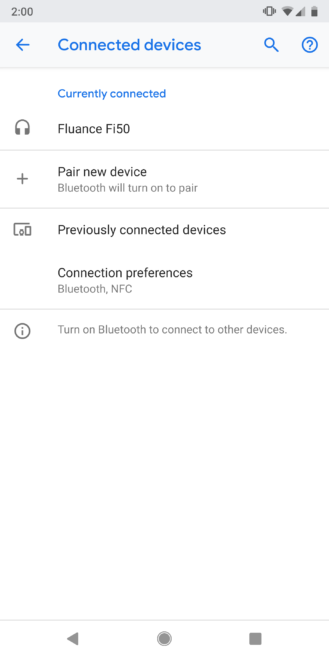 It's not a terribly drastic change, but the relocation does bring a degree of consistency to the placement of both toggles. Previously the Bluetooth toggle in DP3 lived by itself in the Bluetooth subsection, but having them both nested inside the new Connection preferences pane might be a better organization method, even if Bluetooth is still technically nested further into its own tree. 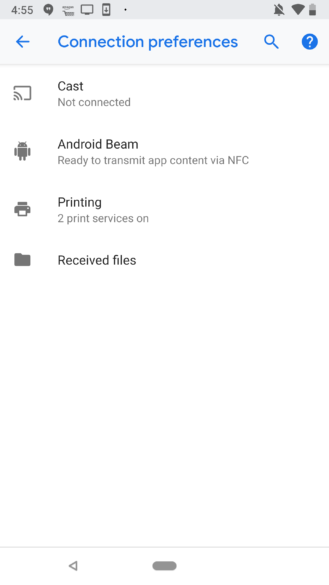 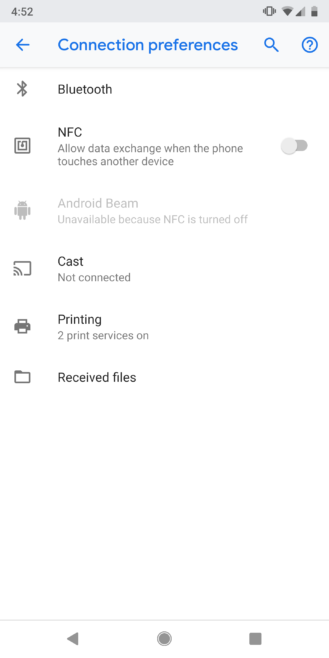 In any event, if you go looking for the NFC or Bluetooth toggles in DP4's system app and can't find them where they were (and hate using the quick toggles, for some reason), that's because they've been moved into the Connection preferences section. Nothing is gone, it has just been relocated.