Now, when you share something to another app, you will only see four Direct Share targets on top from your different apps, not eight. The targets still take some time to show after the menu has already loaded, so the slowness wasn't improved. They're also just as unpredictable as before, with no way to pin specific targets instead of pinning apps. The only thing that seems better, in my brief testing, is that the menu doesn't bounce just as much, which may result in fewer mistaken taps. 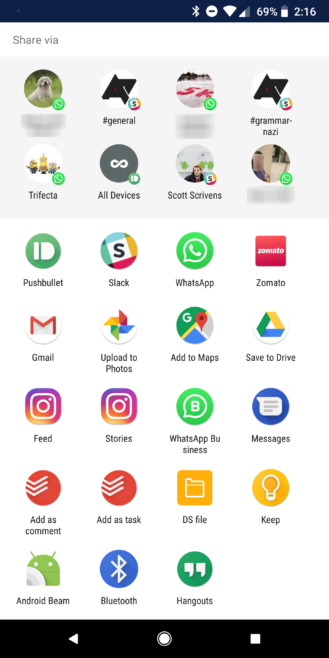 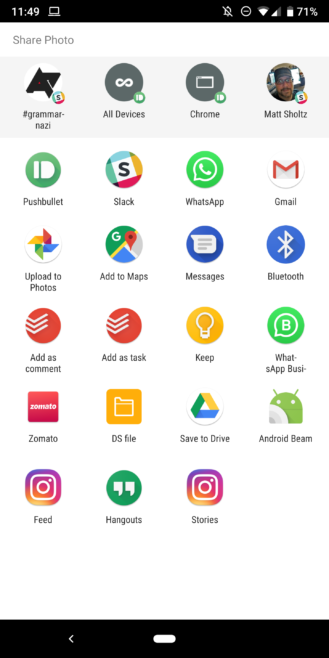 I'm quite sad that this is the only improvement Google thought was worth making to the Share menu. It doesn't change much and there are many other better ways to fix its mess than simply removing a few icons.