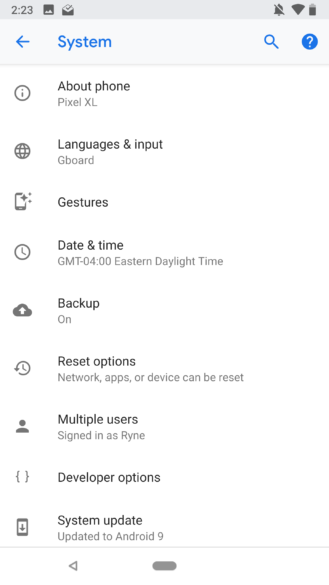 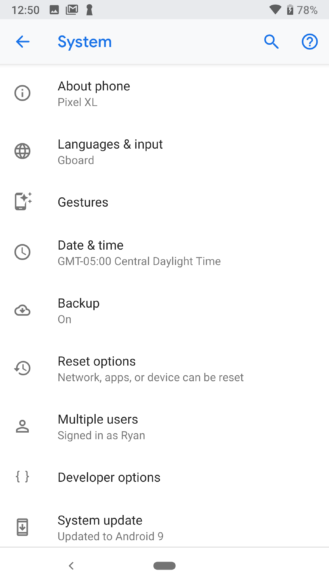 This change was first spotted when we compared the gesture nav button designs earlier today, but we just kept noticing more and more examples of it. In the System section of the settings menu alone, the icons for Help, Backup, Multiple users, and System update have been revised (with the Backup icon's arrow actually changing directions). 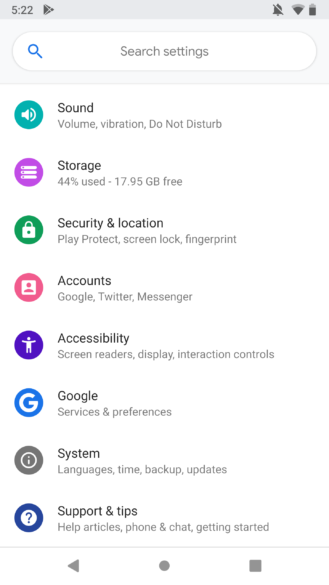 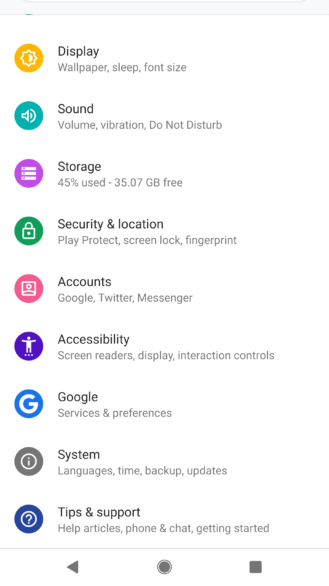 The changes continue in the main settings page, too. The icons for Sound, Security & location, Accounts, and Support & tips (now called Tips & support) have all had white fill removed. For some reason, however, the Accessibility icon didn't get its fill removed, but instead gained three dots. Fun stuff. 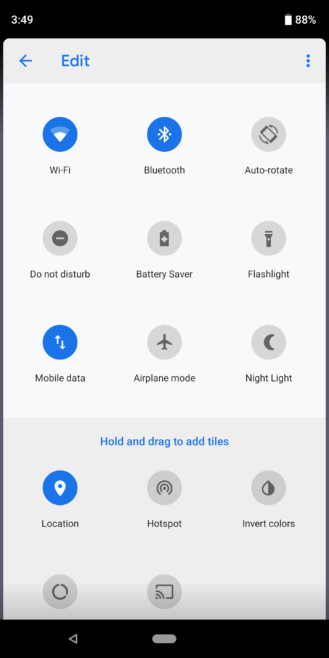 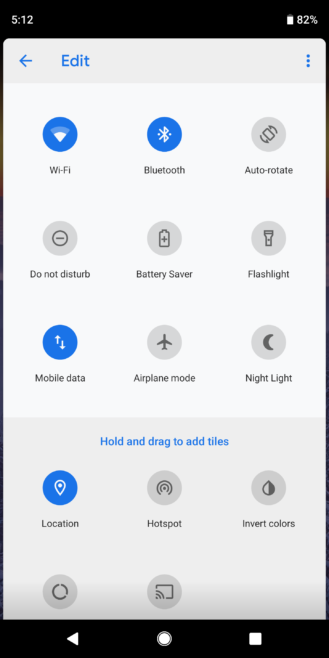 The differences are clear in the quick settings. Look at the Do not disturb, Battery Saver, Flashlight, and Location icons; they've all lost their fill. The auto-rotate icon has as well, though other aspects of it have changed. You can't see it here, but the settings gear and edit button for quick settings have been updated, too. 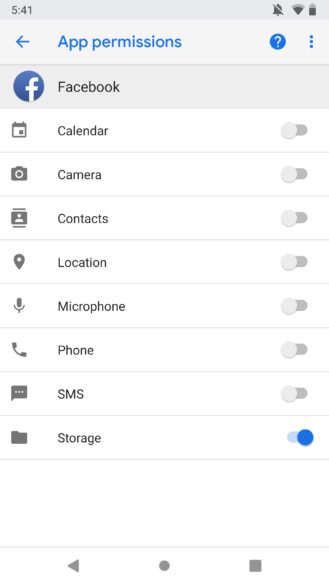 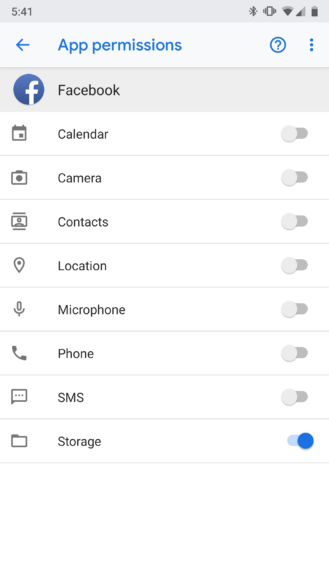 The changes don't stop there. A reader noticed that the messaging icon in a permission prompt had changed, and checking permissions for a permission-heavy app like Facebook reveals that countless others have been revised as well. 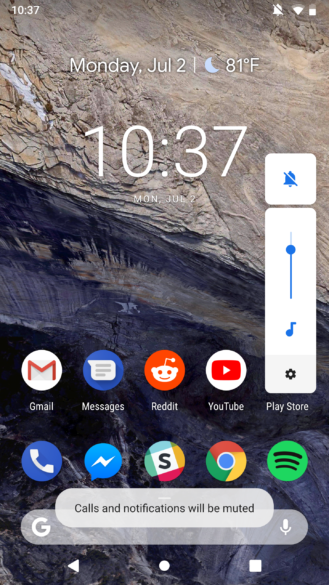 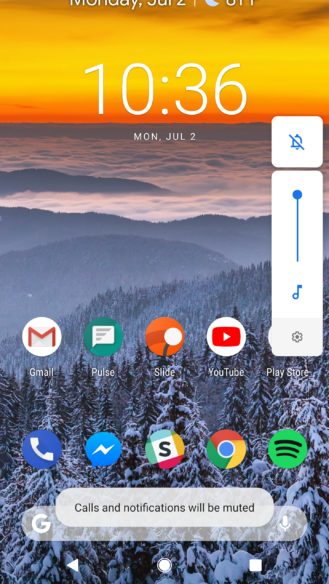 You'll note that the volume controls have been hollowed out, too. That includes the ringer/mute switch, the media volume icon, and the settings cog. Google's thoroughly gone through every single thing.

Lastly, the VPN icon has become an outline instead of the white-filled key it used to be. We're sure there are other minor adjustments here and there, so if you find any more, let us know via our tips email or in the comments below.

Changes to size and spacing of status bar icons

Another thing we've noticed is that the spacing and sizing of status bar icons have been tweaked a bit. You can see from the comparisons below, that both the notification and status icons in DP4 are generally slightly smaller than in the last two previews. The time and battery numbers seem to be the same size, however.

The vibrate icon has been updated with a bolder version, too. Spacing between the WiFi and cell reception icons also appears to have been tightened ever so slightly. Finally, the battery saver icon (below) has been modified to include an orange outline and plus. That one has been changed many times, so who knows if Google will settle on this or not.

There's also a new keyboard switcher icon in DP4. You can see it below. If you're using gesture nav, it appears in the place where the overview button usually lives.