Looking to kick back and relax this Friday afternoon with some streaming TV courtesy of Google? Well, your plans might be on hold. We're getting multiple reports of YouTube TV outages. Streams are failing to load left and right, and some users can't even log in. Google says it is rolling out a fix so you should be back up and running soon if not already.

According to Outage Report, there are around 100 users with issues each day. That number could easily be because of user error. Today, there have been almost 2,000 reports. The last time we saw this many reports was in May during the NBA finals. And wouldn't you know, the World Cup is happening now. It's like Google is allergic to sporting events or something. 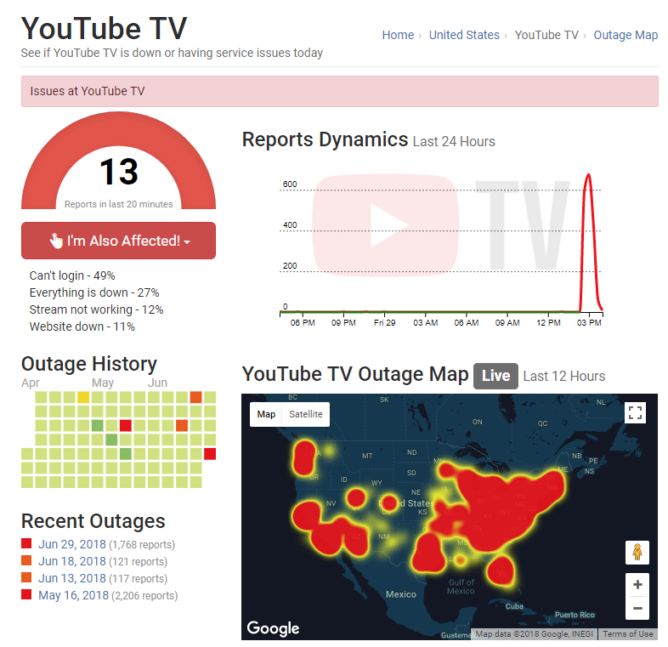 Google says it has resolved the outage, so it's worth pestering support if your stream is down. Sometimes you need to restart your device after a YouTube TV outage before it'll work again, so give that a shot.