Most US models of the Galaxy S7 and S7 edge have received their Android 8.0 Oreo updates by now. AT&T got first place, with Verizon hot on its heels and Sprint coming in third. It's now the T-Mobile versions' turn, leaving the US unlocked model as the only major American S7 that hasn't received Oreo yet. 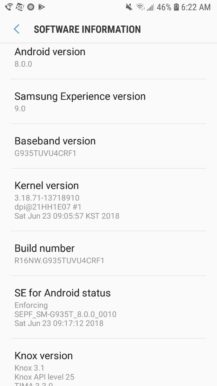 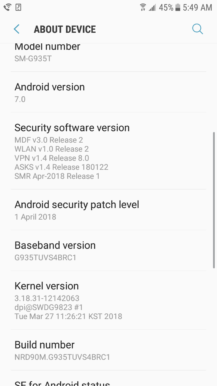 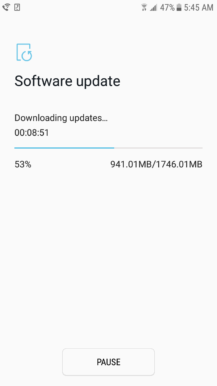 The update began rolling out last night, and people are ecstatic about it. The standard Oreo features - Autofill, picture-in-picture, notification dots - are included, as are Samsung-specific ones like Dual Messenger and high-contrast keyboard options. T-Mobile's update weighs in at around 1.75GB and comes with the April security patch. It also presumably comes with the RCS Universal Profile that we posted about yesterday.

This seems to be a pretty broad rollout, so definitely check for the update manually if you haven't yet received it. US unlocked owners have no doubt headed to the nearest corner to cry.