YouTube's app for Android TV hasn't seen a lot of updates since it switched over to the web wrapper as an interface. However, each new version usually brings something of some importance. The latest release comes with a couple of notable enhancements, including performance improvements, automatic resume after switching apps, and voice commands via Google Assistant. For some people running Android Oreo, there may also be new "personalized channels" appearing in the homescreen. 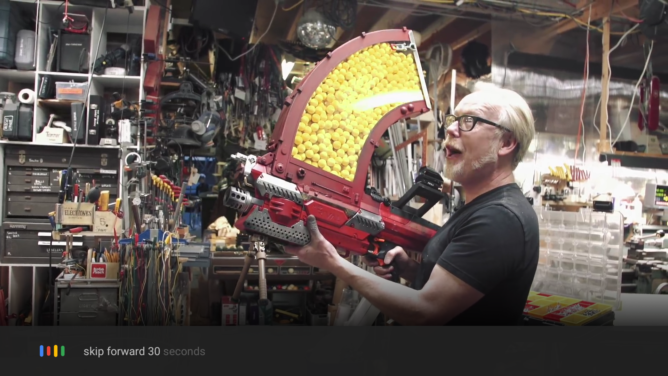 YouTube began experimenting with voice commands at least as far back as 2015, and over time we've seen those commands going live on phones. Now that Google Assistant is standard on many Android TV units, voice commands to control playback are a pretty obvious feature.

The latest update to YouTube's app for Android TV has added integration with Assistant to enable several different commands for both playback and finding media. You can perform basic actions like pausing and resuming video, skipping forward or backward (pictured above), and so on.

You can also use voice commands for the already familiar functions like searching for videos or to navigate to certain screens within the app like your library.

The official changelog describes a new feature that makes it easier to resume videos after switching apps, but that description doesn't really explain what to expect. To put it simply, if you left YouTube while a video was playing, the video will automatically resume playback when you return to the app. This can occur after app switching or just hitting the home button and then relaunching YouTube. It does seem like an improvement after previous versions would blindly close the video and you would often have to seek it out in your history or subscriptions to get it playing again. However, it might be something to watch out for if you don't want the video to resume. 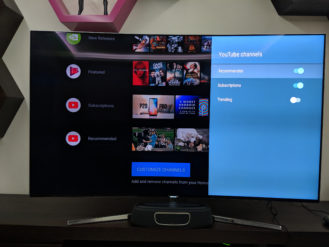 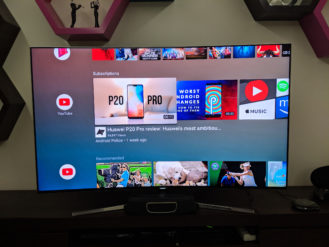 YouTube's changelog also mentions personalized channels, but don't expect to see those going live merely by updating to the latest version. These channels are actually enabled remotely by YouTube, and they're only available to some accounts at this time. This would look a lot like an A/B test if it weren't listed in the changelog. For many of us, there are only two channels: Recommended and Trending. However, the shots above also include a third channel named Subscriptions. Hopefully there will be more new channels coming soon.