A few months ago I received an email from 4L Games that first introduced me to its upcoming black and white puzzler Fracter. I was so impressed with what I saw that I decided to write an article about the forthcoming release. Now that I have gotten my hands on an early access build, I have to say I am still left feeling very impressed. The design and gameplay remind me a lot of Monument Valley, but the puzzles lean more on the "escape room" side of things with a few enemies scattered about that you must avoid. Fracter strikes a great balance between its monochromatic design and puzzle-filled gameplay, plus its darker themes will keep you on your toes more than you may first expect.

I would like to briefly mention that Fracter is still in closed testing. Due to its current unavailability, the developers invited me to an early access preview program so that I could test it out early. What I have played in this preview build may not fully represent the finished product. This means that there may be a few adjustments made to the game before it officially launches this summer, so please take that into consideration when reading this hands-on.

I can't say there is a lot of story to discover in Fracter, but I also didn't have the opportunity to play past the first couple of levels. Your job is to restore the lost light in your gloomy black and white world. Past that premise, I'm not totally sure what you can expect to find hidden within the later levels, so hopefully more is revealed to you as you progress. As is, I would say the story is mainly irrelevant and only serves as window dressing to explain the game's slick black and white design.

The graphics are what impress me the most about Fracter. They exude an original style while also borrowing themes from similar monochromatic games. Luckily nothing looks overly familiar, which gives Fracter a chance to stand on its own legs. You play in an isometric view. This affords you an easy way to take in your surroundings while also keeping a few surprises in store for you just out of range of what you can see. There are three separate graphical settings in the main menu. They range from low to high. So even if you don't own a high-end Android device, you should still be able to play without the graphics slowing down your device too much.

I'm not really sure how to explain the gameplay. At first, things appear to work similarly to Monument Valley, but once you dig in you will see that there is much less of a concentration on item interaction, and much more of a focus on stealthy movements and avoidance as you make your way through each puzzle. Most puzzles consist of lighting up objects so that you can use that light in a helpful manner. I never once felt stuck, even if I didn't immediately know what to do. I was always able to figure things out on my own. This is especially a good thing since there is no hint system to be found.

The touchscreen controls are definitely serviceable, though I do feel you can get stuck on the edge of specific objects such as staircases a little too often, the isometric view may also have a hand in this. Regardless, it's an (albeit small) problem I keep experiencing. The default touchscreen controls supply a single fixed digital analog stick on the left side of your screen. You can run if you move the stick to its outermost edge, and you can walk or sneak if you keep the stick towards the center of its outer circle. You also have a few more options available in the game's settings, such as floating joystick or a hold to move option. I find using the floating joystick to be the most intuitive method of control.

I also tested to see if there is HID support and sadly my Logitech F310 did not work when connected over USB OTG to my GS8+. I also installed the game on my Nvidia Shield TV, and while it did boot, the Shield controller did not work either. So it is looking like this will be a touchscreen-only release.

I'm still unsure exactly how Fracter will be monetized. So far I haven't noticed any signs of free-to-play shenanigans, but I am also using a build directly from the developer that may not reflect the finished product. I would hope the devs release it with a fair monetization method, and nothing I have seen so far says they will do otherwise. But as always, we will just have to wait and see how it shakes out.

Fracter will not be available on the Play Store until later this summer, and a more precise date than that has not been provided. Please keep in mind that I have only experienced a limited slice of the game, so it's a little difficult to know for sure how things will turn out in the end. So far what I have played through is leaving me very hopeful for a fantastic release. All that we need to know now is how the game will be monetized and what day it will actually land on the Play Store. Luckily there are only three more months left in summer, so the official release shouldn't be that far off. I know I can't wait to continue my adventure lighting up the dark in this foreboding world. So yeah, Fracter is definitely a game worth keeping your eye on if you enjoy intriguing atmospheres and solving deliciously devious light-based puzzles.

FRACTER IS AN EMOTIVE, ISOMETRIC PUZZLE ADVENTURE GAME SET IN A MYSTERIOUS LABYRINTH OF GLOWING BLACK ARCHITECTURE. THE GAME FOLLOWS A VEILED YOUNG HERO WHO HAS SET OUT ON A PERILOUS QUEST TO DISPEL THE DARKNESS WITHIN. PLAYERS MUST EXPLORE THIS WORLD OF SHADOWS, DISCOVER SECRETS HIDDEN IN THE DARK, AND OUTSMART OMINOUS CREATURES WHILE SOLVING EACH METICULOUSLY DESIGNED PUZZLE USING THEIR ONLY FORCE AGAINST DARKNESS: LIGHT. DRAMATIC LANDSCAPES IN SHADES OF GRAY, AN EERIE AMBIENT SOUNDTRACK AND A POETIC, SELF-REFLECTIVE NARRATIVE AWAIT YOU ON THIS EMOTIONAL JOURNEY RESTORING LIGHT TO A DARKENED WORLD.

DESIGNED FOR GAMERS AT ALL LEVELS 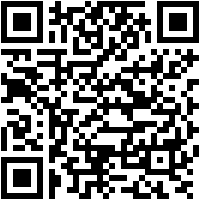 Source: The LG V40 will have five cameras and face unlock