Google is rolling out its first significant update since launching Podcasts this week. For the most part, this appears to be primarily a bug fix and polishing release. There are little tweaks here and there related to Podcasts, including a corrected icon. There's also the start of a search feature for settings so people won't have to wander through several screens to configure the app as they want it. 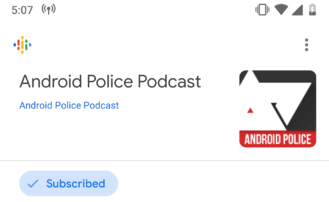 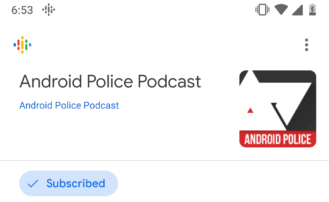 For those of you that like consistency, it may have been a bit frustrating that Google launched Podcasts with a mismatched icon. In v8.8, the status icon was the fairly generic antenna with broadcast lines, but in official branding for Podcasts used a unique soundwave-like design with Google colors. A smaller variant has been brought in to correct the mismatch. 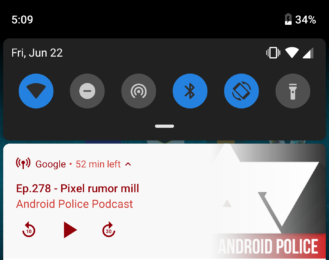 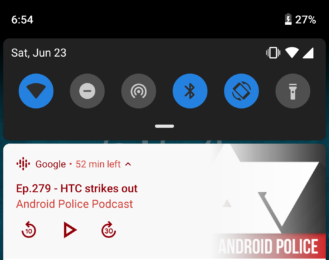 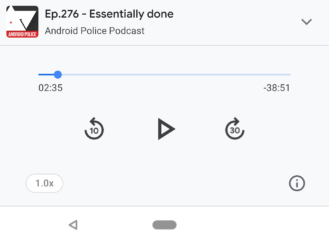 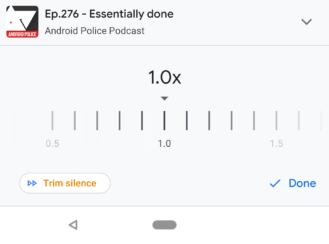 One other feature related to Podcasts has gone live with the v8.9 update: Trim silence. Just as the name implies, moments of silence will be shaved off of the podcast during playback so that you'll avoid boring gaps and get to the end of the episode slightly faster. This feature was previously spotted in a teardown back in May.

To activate Trim Silence, just tap on the speed control button at the bottom left corner and look for the toggle to appear in the same spot on the next screen. The screens above show the toggle when it's turned off while the screens below show it enabled. Note that there's a little fast-forward indicator on the main playback controls when Trim Silence is active.

The usefulness of this feature will probably depend mostly on the type of shows you're listening to. Most properly edited podcasts probably won't have many gaps, but unedited live recordings may benefit quite a bit. 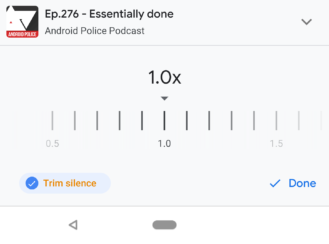 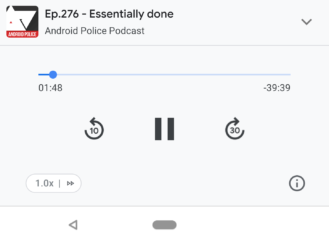 The Settings screen in the Google app has grown pretty large over the years, especially with the addition of Google Assistant. It's still not quite as over-packed as the core Settings app, but it is going to adopt one of the best features you'll find in there: Search.

Yep, Google's search app will become searchable, or at least its settings will. New text shows that a search bar will be added that can be used to find settings so you don't have to dig around for them yourself.

The text doesn't specify if results will come from both the Google app's core settings and Google Assistant settings, or if they will be limited to one or the other.