The International Society for Technology in Education (ISTE) event is going on right now, and that means that lots of education-focused Chromebook-related items are being released. We just posted about STAEDTLER's new Noris stylus for Chromebooks yesterday, and today, Belkin has unveiled two USB-C keyboards intended for use with Chrome OS tablets. 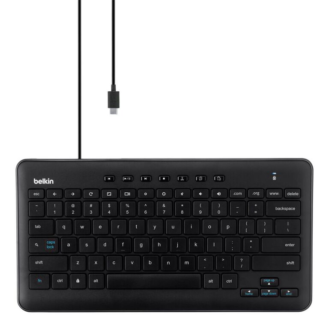 There are two models being offered - one with a stand, and one without. Since the keyboards are wired, they don't require any charging, which is good for their education market. Additionally, Belkin says that they're durable, lightweight, come with full-sized and well-spaced keys, and feature one-touch access to several functions. The version with the stand is also easily stackable, which is another bonus for schools. 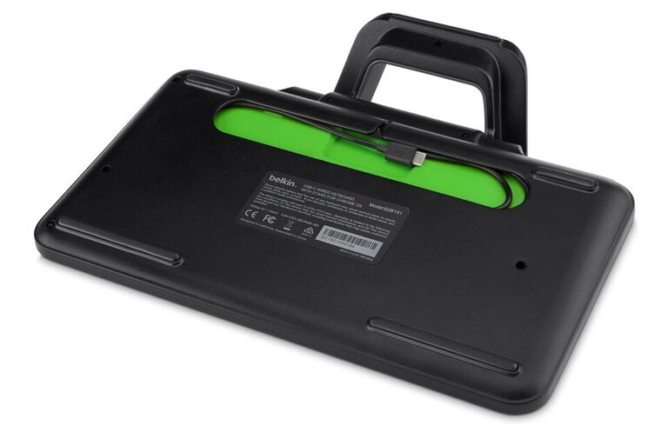 The bottom of the keyboard with stand.

The stand-less version will run $39.99, and the stand-equipped model $49.99. Currently, they're only really designed for the new Acer Chromebook Tab 10, but they should work on other USB-C devices as well. They're not yet available, though they will be later in the summer.