There has been a big push to improve internet access and make it easier to view online content in NBU markets (Next Billion Users) in recent years. Google's latest Chrome feature also has this in mind, as it will download relevant news articles automatically while connected to WiFi so the user can view them later when only a less reliable data connection or none at all is available.

Chrome's data saver has been great for users in developing countries, and this new addition will help to save further precious bytes assuming the content it decides to download is actually relevant. You could already save Chrome pages for offline viewing and they would be stored in the Downloads section of the app. The auto-downloaded pages will appear in the same place (see below). 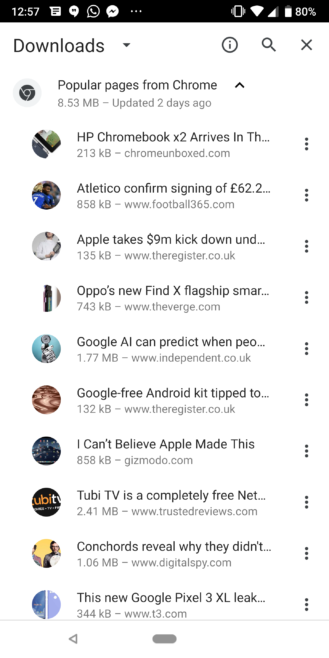 That screenshot is from Canary, the least stable of the Chrome builds but the only one I've currently got the functionality on. It should only be a matter of time before this reaches the Dev, Beta, and Stable channels. Artem also got the "View offline in Chrome Canary" notification, similar to that shown in the top image on the left, but I'm yet to see it myself.

Content will only be downloaded when free, unmetered WiFi is available, and you have to be signed into Chrome so it can use your browsing history for recommendations. According to Google India's blog post, it will be available in "India, along with more than 100 countries including Nigeria, Indonesia, and Brazil," confirming the feature's focus on emerging markets.

Flags to control the settings

As pointed out in the comments, there are a couple of flags that seem to control this new auto-download feature:

I've turned both on in Stable Chrome, so we'll see if that forces the feature to start working. Nothing yet, but I'll update again when I know more. 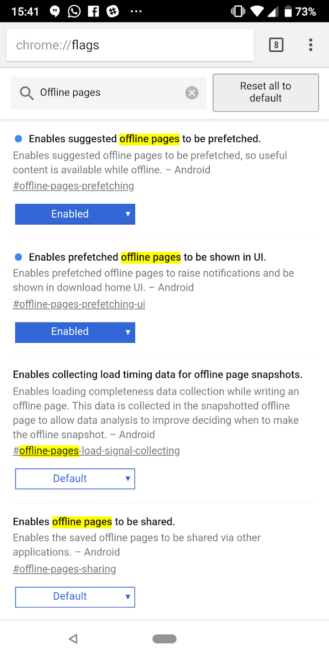 Acer Chromebook Spin 11 (2018) review: Costs too much for what you get

Facebook Messenger Kids getting new features focused on being nice, coming to Canada and Peru