Facebook's Messenger Kids came to Android early this year. The app is meant to provide a safer experience for children 13 and younger, having parents more involved in their online communications than they would otherwise be. If you were ever a child, though, you may remember that kids can be pretty mean. Evidently aware of this, Facebook has announced that Messenger Kids will be getting a number of features that encourage nice behavior.

Users of Messenger Kids (along with their parents) will have to agree to the Messenger Kids Pledge, which reminds kids to "Be Kind, Be Respectful, Be Safe, and Have Fun." The pledge screen says it's made to ensure "everyone has a good time on Messenger Kids." 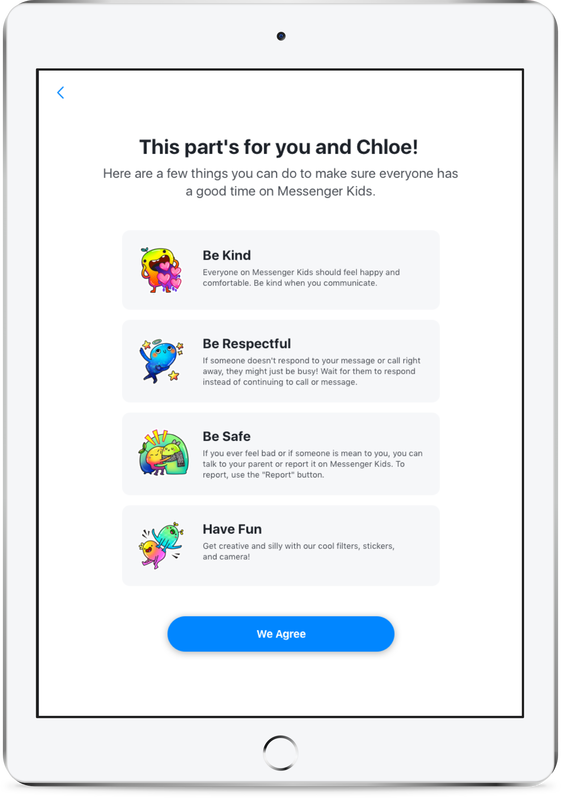 Additionally, Facebook is working on what it calls Appreciation Missions, which will appear in the app's Missions section alongside tutorials on how to use various app features. Appreciation Missions will give tips to kids on how to show appreciation and gratitude toward their friends and family. There'll also be a set of kindness-themed stickers available (pictured at the top of this post) that feature cute cartoon animals saying nice things.

Alongside these new features, Facebook also announced that Messenger Kids is coming to Canada and Peru starting today, and that the app will be available in English, Spanish, and French in all markets.