Sega may have slowed down the release schedule for its SEGA Forever program, but the company is still plugging away by providing us with a few new classic games every so often. The latest classic to join the ranks is everyone's favorite '90s run and gun platformer VectorMan. Like all SEGA Forever releases, you can choose to play for free and deal with numerous advertisements, or plunk down $1.99 through an in-app purchase to remove those ads and enjoy a premium experience.

Back in the day, VectorMan was considered one of the best looking games on the Sega Genesis thanks to its use of pre-rendered 3D models that simulated graphics beyond the bounds of what the console was capable of. This not only gave the game an original look, but it also resulted in a game that has aged very well when it comes to 16-bit graphics in the modern day.

Sadly Sega still has no clue what to do with its Forever program, as the emulator used to run VectorMan Classic doesn't make for a pleasurable experience. For starters the touchscreen controls are atrocious. The d-pad is fixed on the screen, which makes it very difficult to play such a hectic game. The A, B, and C buttons are also fixed, and so they suffer from the same issue as the d-pad. You do have the option to change the button and d-pad placement in the settings, but that hardly resolves the situation when they are still fixed on the screen when playing.

I also couldn't help but notice that the Play Store lists HID controller support, but as always, my Logitech F310 connected over USB OTG to my GS8+ only works partially, which renders it useless. So for a game that heavily relies on precise controls for the player's success, I'm left scratching my head as to why anyone at Sega thought that fans would enjoy suffering through the horrible controls. If Sega could just get it together enough to fix the HID controller support, these classics would be fantastic on the Nvidia Shield TV, or a Chromebook with a controller plugged in. Alas, Sega has chosen to stay the course despite already admitting the Forever program isn't working.

It would seem the release of VectorMan Classic is a little too bittersweet for my tastes. Sure, it's always great to see new classics added to the Play Store, but when they are almost unplayable due to horrible controls, no one wins. Sega isn't going to get many sales, and fans are left feeling insulted thanks to the consistently lazy emulation used in these Forever titles. I suppose if you are simply looking for a trip down memory lane and don't mind that you'll probably never be able to beat the game with the touchscreen controls it's worth taking the plunge, but even then I wouldn't recommend paying to remove the ads since I doubt Sega will do much to correct the situation anytime soon. Buyer beware. 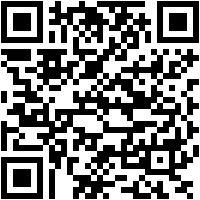