The U12+ is the latest high-end smartphone from HTC, and while the ‘+’ moniker may have you wondering where the “regular” version is - this is it: HTC is, for the time being, only launching a large premium phone in 2018. It packs the latest Snapdragon 845 processor from Qualcomm, a large 6.0” Quad HD LCD display, and four cameras. It also costs a whopping $800, and you can only buy it direct from HTC or Amazon in the US. 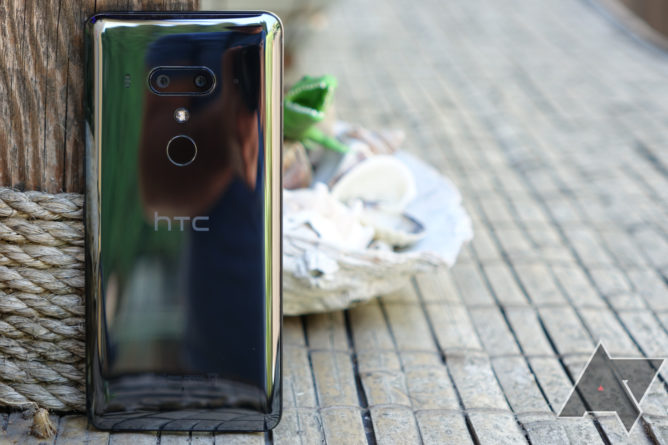 Where to buy, what’s in the box, accessories, warranty, and more 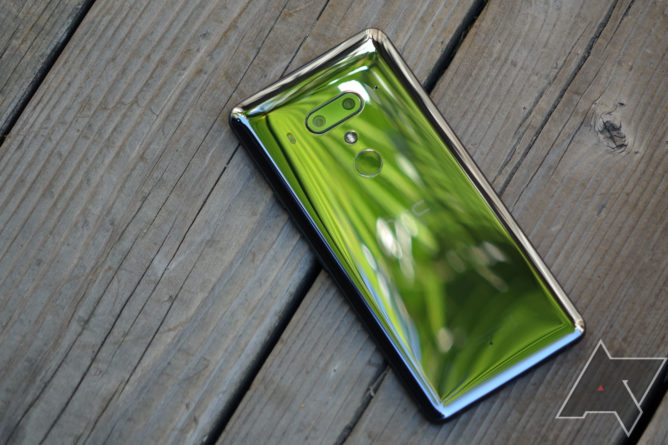 In the US, the U12+ is only available via HTC’s website and Amazon. It’ll cost you $799, and HTC offers a 24-month zero-interest payment plan option. There are 64 and 128GB models, with the latter costing $849. The two colors offered in the US are black and translucent blue, and the black is only available when you buy the 64GB version.

The U12+ doesn’t have a headphone jack and doesn’t come with a USB-C to 3.5mm adapter dongle. You’ll have to buy that separately, and HTC sells them for $12 on its website. The phone does come with a pair of HTC’s U Sonic earbuds (they’re pretty decent), so you won’t be without headphones entirely if you choose to forego the adapter. Just know that the selection of USB-C headphones on the market is really, really small at this point, and so those U Sonics are probably your best bet for a wired headphone anyway if you don’t want to deal with the dongle. 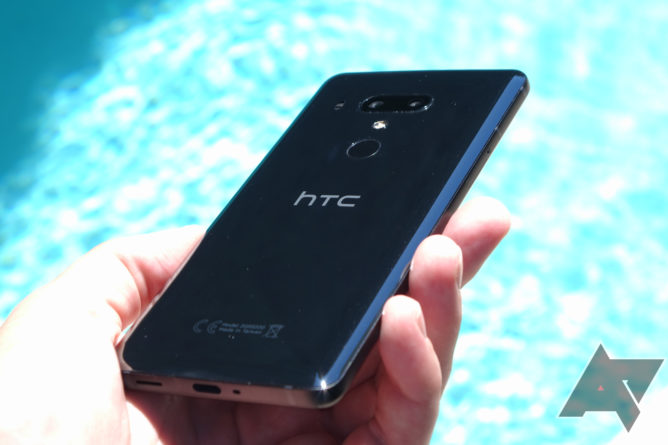 The U12+ doesn't have a headphone jack or even include a 3.5mm adapter in the box - you'll have to buy one from HTC.

A Quick Charge 3.0 (Rapid Charge 3, as HTC calls it) charger is included with the U12+, though the phone supports and should work just fine with Qualcomm Quick Charge 4 certified chargers and, by extension, USB Power Delivery chargers as well. I tested it with my Google Pixelbook USB-PD charger and the phone correctly detected it as a rapid charging source.

The U12+ probably won’t ever have much in the way of an accessory ecosystem. There are, at the time of this writing, just a handful of cases available for the U12+ on Amazon, though thankfully two of them are made by Spigen. That’s still not encouraging, and this phone seems unlikely to ever have many third-party case options, given HTC will probably not sell many U12+s.

HTC offers a standard boilerplate 1-year warranty from defects in the US, and requires you to mail in the U12+ should it need warranty service. HTC does not provide a loaner device, does not cover any accidental damage, and does not guarantee it will cover shipping costs. There is no option offered by HTC for an extended warranty or accidental damage protection. Our verdict: Should you buy an HTC U12+?

No. While the HTC U12+ is a phone that fans of HTC’s U11 may enjoy, it is also very flawed. It’s better in a number of ways than HTC’s previous phone, offering a newer chipset, a much better navigation and fingerprint scanner layout, and a larger display with a modern wide aspect ratio design. The thing is, HTC’s competitors were offering this stuff a year ago - HTC is playing catch-up. And it’s pretty noticeable at this stage.

The U12+ has great cameras and a striking design, but the terrible new power and volume buttons, subpar battery life, high pricing, and questionable warranty support are enough for us to say "stay away."

While it does have the latest and greatest Snapdragon processor, little slips like not even including a 3.5mm headphone adapter in the box just make it feel like HTC isn’t trying anymore. The bigger issues - the awful power and volume keys, mediocre battery life, and very high price - are what really sink this ship, though. Subpar battery life on an $800 phone in 2018 just isn’t acceptable, especially when it’s got a battery as big as this one (3,500mAh). And whatever performance advantage HTC’s phones might have held in years past, its phones just don’t feel as smooth or well-optimized as Google’s or OnePlus’. 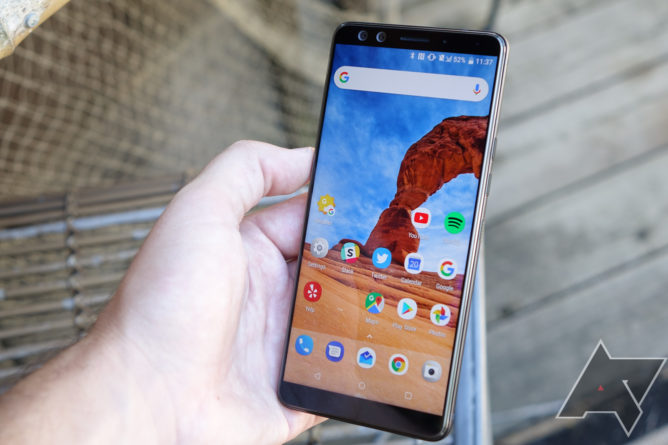 A custom launcher helps hide some of Sense's staleness, but it's becoming noticeable just how outdated most of HTC's skin is.

But most damning are easily HTC’s “innovative” power and volume buttons - they're just plain bad, and would make this phone unpleasant to use at any price. Simply adjusting the volume on this phone is far more difficult than any other I've ever reviewed; that's insane. I imagine the return rate for the U12+ will be sky-high for this reason alone. 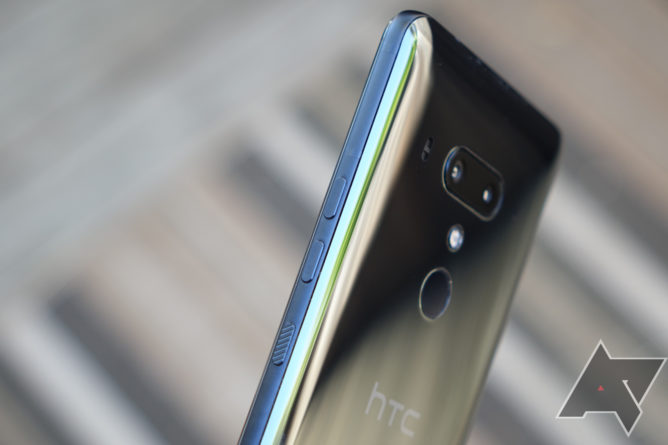 The U12+'s volume and power "buttons" are egregiously bad. Even without its other flaws, these are reason enough to skip this phone.

And finally, there’s the post-purchase experience. Based on emails we’ve received about warranty support for US HTC customers in recent years and truly abysmal ratings on consumer sites, I personally can’t recommend HTC phones. We did some investigating into HTC's warranty support, and what we found is deeply concerning - read more about it here.

While it’s not a bad smartphone, the U12+ is one that I truly see no reason to recommend. It’s sad to see a once-dominant and innovative company fall quite so far, but HTC has been left behind, and the U12+ just isn’t competitive in 2018. It does not receive our recommendation. 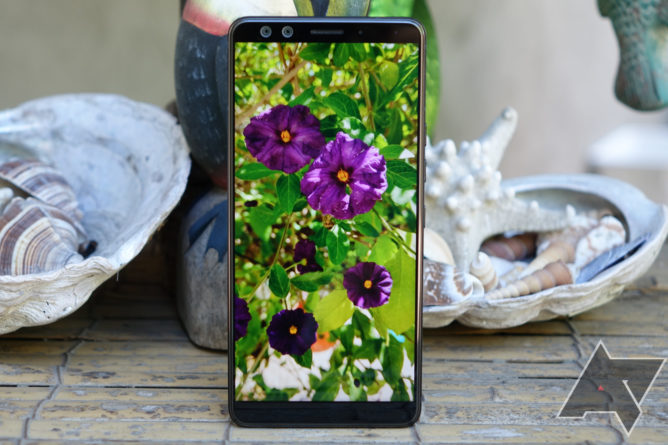 Check out these 'revolutionary' $250 Bose earbuds that can't play music

[Update: Rolling out across Android now] A new, fresher look for Google Account settings is ...