If you don't know what Flutter is, Google has a short video that introduces the subject, but at its simplest Flutter is a cross-platform SDK for app development. It makes building an app for both Android and iOS even simpler, and allegedly its performance is pretty impressive.

This latest release isn't just about release-ready stability, Google is focusing on what it calls "scenario completeness." That means some new features are also included, like support for hardware keyboards, barcode scanners, video recording, and additional asset configurations. Development for Flutter's packages has also picked up, with new additions like a Firebase MLKit API wrapper, animation tools, and platform-aware widgets. Older 32-bit ARM v7 iOS devices are also now supported, furthering the number of devices you can target with Flutter.

Most interestingly for those considering trying out Flutter in their own pre-existing apps, Google has also whipped up a set of (experimental) instructions for how to test the process. That should make developing mixed apps even more accessible, so anyone interested in the concept can try Flutter without having to start over. Curious developers can check out some examples of apps made using Flutter. 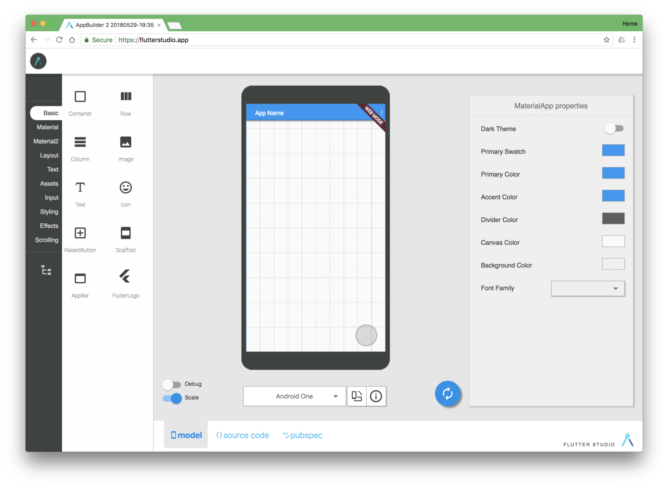 There's also a pretty snazzy new Flutter Studio site that brings Flutter-based UI development to the convenience of a Chrome tab. Android development on Chromebooks might still be limited, but at least you'll be able to do some work on the go.

For more information, you can check out the full announcement made by the Flutter team. Those already running the earlier Flutter betas can upgrade to this new release via a single "flutter upgrade" command.