Amazon's new Fire TV Cube, which was announced earlier this month, is now available for purchase and ready for shipping and delivery. The pre-order price of $89.99 is long gone, so you will have to fork out the full $119.99 if you want one. However, the deal on the bundle with the Amazon Cloud Cam is still available so you can save $40 by grabbing both for $199.98. Additionally, if you buy the Cube on or before July 1, you can redeem a $10 Prime Video credit before August 31.

The Fire TV Cube is a jack of all trades. It's a Fire TV device, so when you connect it over HDMI to your TV (cable not included, sadly), it acts like a smart box. Streaming services, games, and various other apps are available with support for 4K Ultra HD up to 60fps and HDR. It's also similar but more powerful than an Echo Dot thanks to its eight far-field microphones, 40mm speaker, and built-in Alexa support. And it's finally like a mini Harmony hub with its included IR functionality that lets you control TVs, soundbars, A/V receivers, and cable/satellite boxes. Plus, there's an IR extender in the box to reach hidden electronics and equipment. 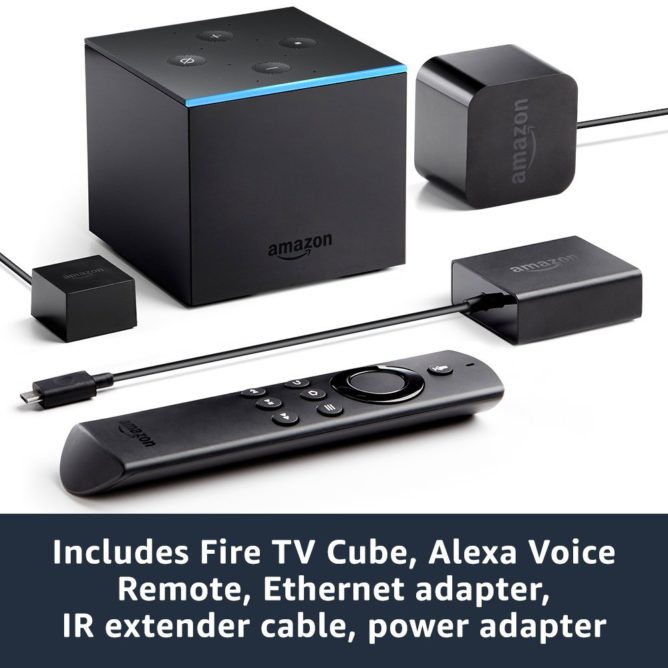 Overall, this is the kind of all-in-one I would buy in a heartbeat if it weren't tied to Amazon's ecosystem of Fire OS, services, and Alexa. The specs are a little underwhelming too: quad-core 1.5GHz ARM CPU, 2GB RAM, and 16GB of internal non-expandable storage. But if these reasons don't deter you, you can grab yours from the link below.