It took a while, but US carriers are finally rolling Android 8.0 Oreo out to the Galaxy S7 and S7 edge. AT&T was, surprisingly enough, the first to do so, with Verizon hot on its heels after two false alarms. Sprint is now rolling the update out to its S7/S7 edge phones, leaving T-Mobile as the last major carrier to update them. 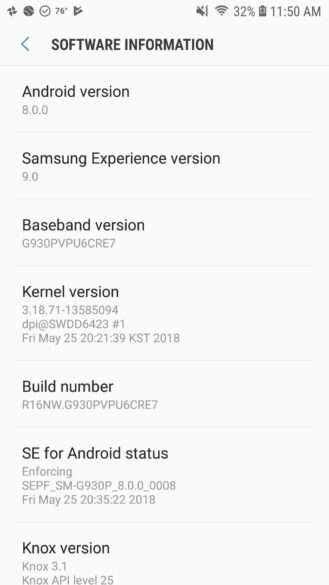 It looks like the update started rolling out around two days ago, and people seem pretty pleased with it. Of course, Oreo features like Autofill, picture-in-picture, and notification dots are present, as are Samsung-specific niceties like Dual Messenger and high-contrast keyboard options. The update brings the build number to R16NW.G93xPVPU6CRE7.

If you haven't yet received the update, be sure to manually check in your settings. T-Mobile (and US unlocked) users are no doubt getting antsy now.

Westworld Mobile is available on Android a day early