When Pokémon GO first launched almost two years ago, people downloaded the game in droves. It was arguably the first game whose gameplay relied heavily on interacting with the real world, enabling players to explore new places and capturing Pokémon through an AR lens. However, for all its emphasis on getting players off the couch and exploring the world together, Pokémon GO never truly supported any way for players to interact with one another — no kind of in-game chat exists, and trading, one of the most central parts in the original game series, has never received more that a passing hint or mention from Niantic. However, in an unexpected announcement today, Niantic has revealed that will change later this week with the introduction of several new features aimed at getting players to collaborate more in-game, such as trading and gifting.

The update brings a new 'Friends' screen to the game, where players can add other users to their friend list by asking them to share their Trainer code. Once a trainer is added to the friend list, players will be able to interact with them and see updates to their journal. 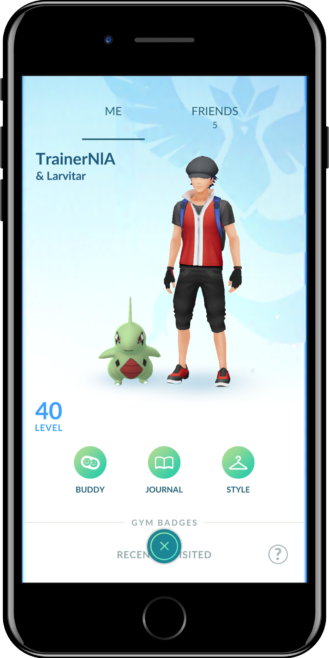 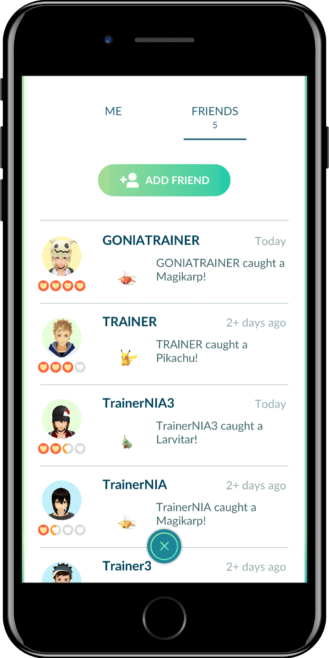 Players will soon also have a chance of receiving a special Gift whenever they spin a PokéStop or Gym. These gifts cannot be used directly by the player who receives them and are instead meant to be sent over to one of the player's friends. A gift comes with a postcard from the trainer who sent it and contain a variety of items. Gifts also have a chance of including a special 7 km Egg containing certain Pokémon in their Alolan form — a variant which was only introduced in Pokémon Sun and Moon, and which cannot currently be obtained via any other means in the game. 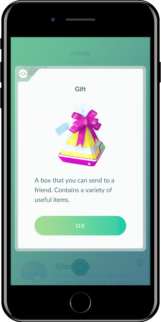 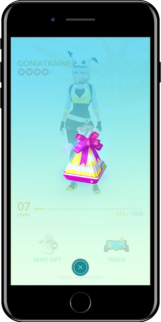 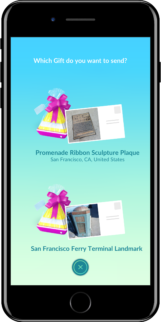 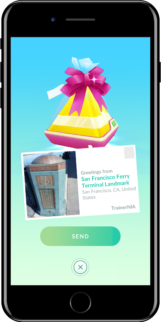 Friends can also work on building their friendship level through interactions such as sending gifts or participating in a Gym or Raid battle together, and unlock special bonuses such as extra Attack damage or additional Premiere balls to use in raids. There are four friendship levels ranging from 'Good Friend' to 'Best Friend,' and they can be built up to once per day. According to Niantic engineer Kristen Koa, it takes 1 day to achieve a level of 'Good Friend,' 7 days to reach 'Great Friend,' 30 days to reach 'Ultra Friend,' and 90 days to reach 'Best Friend,' as reported by IGN. There's also currently a 200 friend cap for a player's friend list. 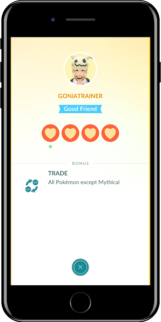 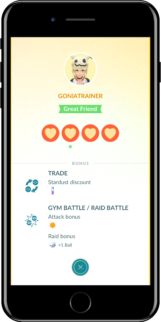 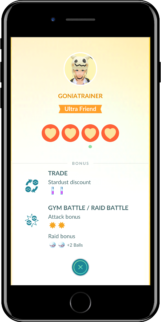 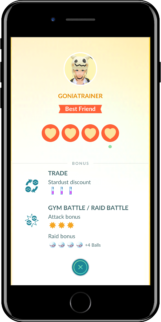 Two players' friendship level is also increased when they trade Pokémon. Trainers can exchange Pokémon they've caught as long as both players are at least on level 10 and are within 100 meters of each other. In addition to adding a new monster to their team, trading gives both players bonus Pokémon candy, which will increase depending on how far both Pokémon were caught from each other, up to a maximum bonus for 100 km. Trading appears to reshuffle a Pokémon's stats, such as CP, HP, and IVs, so players might want to think twice about trading away their strongest Pokémon.

Completing a trade requires using up Stardust, and some trades require more Stardust than others. The amount of Stardust required also decreases based on two trainers' mutual friendship level. Particularly rare Pokémon, such as Legendaries, Shiny Pokémon, or Pokémon not yet in a player's Pokédex, require a Special Trade to take place. Special Trades can only occur at most once a day and require a friendship level of at least 'Great Friend.' They also require a lot more Stardust than regular trades — up to one million Stardust — though that amount can decrease to a slightly more palatable amount of 40,000 for 'Best Friends.' 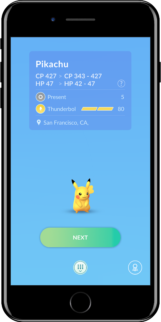 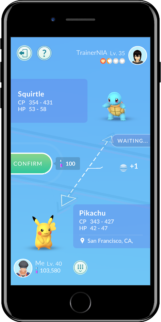 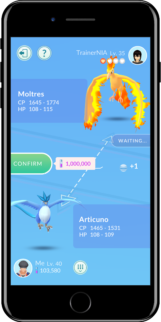 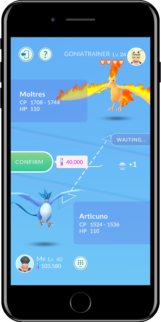 Many fans have previously expressed concern regarding the possibility of adding Pokémon trading to the game because of the impact cheaters could have. For one, Pokémon trading would facilitate a sort of "Pokémon laundering," whereby a cheater could use an alternate account to obtain Pokémon through cheating mechanisms such as spoofing and then transfer them to their primary legitimate account without fear of getting banned. It also opens up the potential for 'second-hand' cheating, where a legitimate player could unwittingly end up trading with players who obtained their Pokémon through cheats, and then risk losing those Pokémon if the cheater's account gets banned.

Niantic appears to be at least partially aware of these issues, which could be part of the reason why it has imposed limits on Special Trades and made them so costly. Still, if not handled carefully, trading holds the potential to make cheating even easier to get away with and harder to prove.

YouTube Premium and Music launch today in 17 countries, including Canada and 11 European countries