After the last update to the Google app brought very little to discuss, version 8.8 is now in circulation and it is continuing the trend of smaller but more frequent updates. In this round, the teardown brings up the curious "dreamliner" name that was also spotted in AOSP after Android P Developer Preview 3. We can also see that there's a new command in the works for Routines that will allow users to control their security systems. 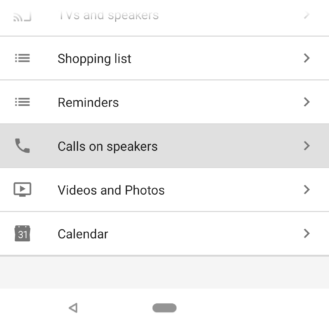 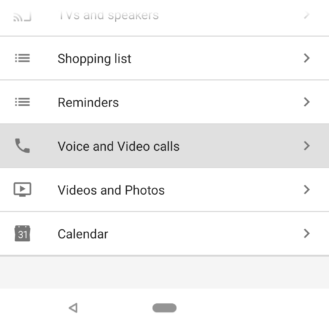 For the most part, there aren't any significant changes merely as a result of installing this update, basically just a few pixels moving here or there. The one minor notable change is the renaming of a Google Assistant setting group that used to be titled "Calls on speakers," but now carries the name "Voice and Video calls" in preparation for support of video calling that will launch with smart displays. This is just a cosmetic change, there isn't anything different on the inner settings screen.

Arming your security system with a routine

Custom routines only started going live last month, but some of the special custom commands with additional parameters are still missing from the list of possible actions. There is now a new command we can look forward to that will allow users to arm their security system using Google Assistant.

If you set up a routine that activates your security system, you'll also be able to define the mode it should be set to. This could take various forms depending on the capabilities of the system and how it has been configured, so I have to assume you'll have to choose from a list of modes that become available after pairing your system with Google Assistant.

A little over a week ago, a post on XDA discussed some recently added code in AOSP that introduced a new codename: Dreamliner. The exact nature of what Google is working on is unclear, but now that codename is also present in the latest Google app update. The latest additions essentially add lines to an intent filter, which in lay terms is how Android can identify apps that will respond when an app announces an event (we call this publishing an intent).

There's really not much to take away from this other than the appearance of the text, which mostly confirms the AOSP additions belong to a notable new feature. From looking at the intent filter name, it's safe to assume that the Pixel Launcher will include some type of dedicated support for Dreamliner, but until we know precisely what Dreamliner is or see the declaration of a permission, we can't really tell if this will be a Pixel exclusive.

Given the proximity to so many other widget-like intent filters, it's also pretty likely that whatever the Pixel Launcher does with Dreamliner will likely include integration with At A Glance. This could be as simple as showing a status icon or it may involve triggering bigger events or even activating routines. As a minor note, the Dreamliner namespace doesn't mention 'gsa' (the short name for Google Assistant code), but some decompiled code within the gsa namespace does reference Dreamliner, so there will likely be some connection.