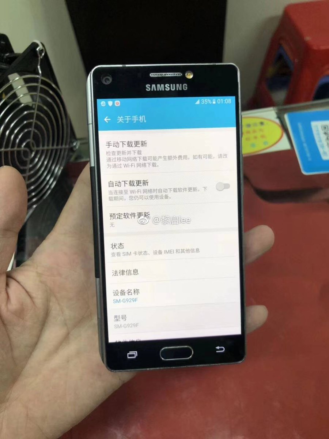 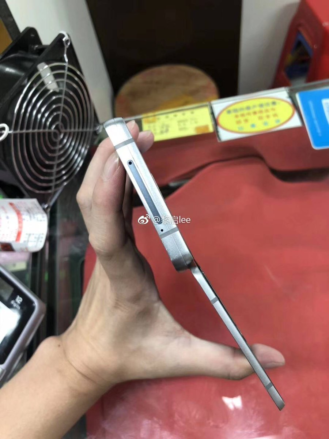 The phone's model number is SM-G929F. For reference, the Galaxy S6 edge and Galaxy S7 were SM-G925x and SM-G930x, respectively, so this phone was likely developed sometime around 2015-2016. This is corroborated by the old Play Store icon, as well as the home screen widget's date of Wednesday, January 7th (which means that the year had to be 2015, should it be trusted). 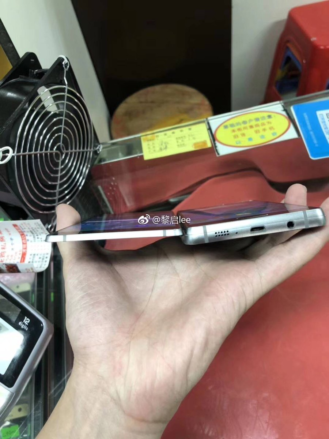 Like the Axon M, the Project V phone's main base is rather thick, with the flip-out screen being on the thinner side. Its overall look is reminiscent of the Galaxy S6's, with the same basic design evident from the ports on the bottom. The capacitive recents and back buttons remind us of a Samsung from years past. There's only one camera and one flash, but that's typical of these foldable phones.

In case you couldn't tell from the wildly outdated aspects of the phone, the tweet includes a definitive "CANCEL" to reassure you. However, we've been hearing rumors of a new foldable phone from Samsung for a while now. Perhaps the Korean tech giant may soon be ready to finally unveil a foldable phone to the public.