Samsung's 2017 Chromebooks have been consistently popular, but it's time for an update. The new Chromebook Plus (V2) features a similar design to last year's model, but it comes with a faster processor and both front and rear cameras. Plus, it still features the built-in stylus from last year's models.

Here are the specs for this year's Chromebook Plus.

Last year's Chromebook Plus (not to be confused with the Chromebook Pro) had an ARM-based processor. This time, it's an Intel Celeron chip. That should make it snappier. However, the display is a step-down. Rather than a 1600p panel, it's just 1920 x 1080. It still supports touch, and you can fold the display back to use it in tablet or tent mode. The keyboard is also designed to withstand spills of up to 60ml. 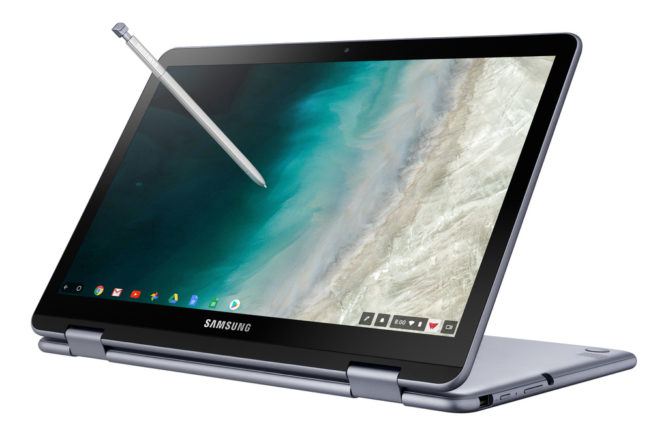 The new Chromebook Plus (V2) launches on June 24th at Best Buy. There's no word on other retailers, but it'll start at $499.

The OnePlus 6 has sold 1 million units in 22 days, making it the fastest-selling OnePlus phone yet