OnePlus' new Silk White variant of the OnePlus 6 is an attractive device. It even sold me on the merits of a white phone, though I've been a staunch advocate against them. Apparently a lot of other people felt the same. According to its site, OnePlus has burned through its stock in a bit over a day. Thankfully, another limited drop is coming on June 12th. 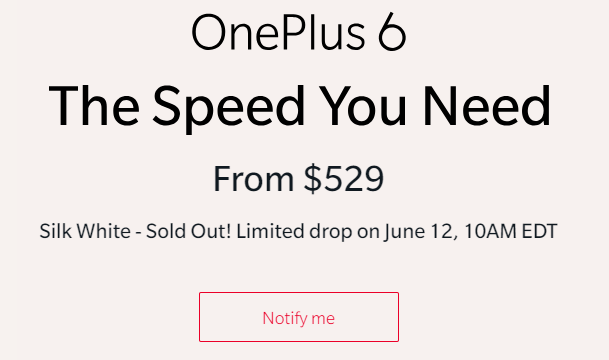 Interested parties can sign up to be notified when it's back in stock, but I'd urge you to act quickly if and when it comes back. In our time spent with the device, I came away quite impressed with both the OnePlus 6 in general and this limited edition white version in particular. Although I'd never take it to the beach for fear of sand and scratches, it's certainly got that sort of aesthetic going.

If you're on the fence or just sad you missed your chance, you can peruse our gallery of Silk White photos in the meantime. June 12th is just a bit under a week away.

Silk White OnePlus 6 back in stock

The Silk White version of the OnePlus 6 is back in stock, but it was previously advertised as a "limited drop" when it was set to return today, so you may want to act quickly if you are interested in this color. 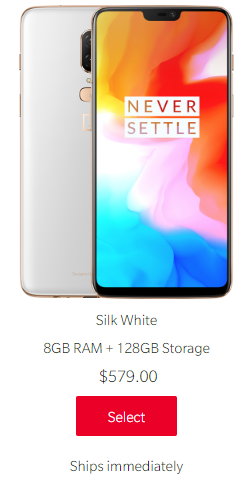