¡Hola! If you speak Spanish and prefer to talk to your virtual assistants in that language, then I have good news for you. Google Home's settings have been updated now so you can choose Español as your default language for your smart speakers.

To change the setting, head over to the Google Home app, open the side menu, then tap on More settings, and scroll to get to your Home speaker in the devices section. There's an Assistant language menu item that lets you pick the one you want. Three dialects of Spanish are now supported: España, México, and EE.UU. (Estados Unidos). 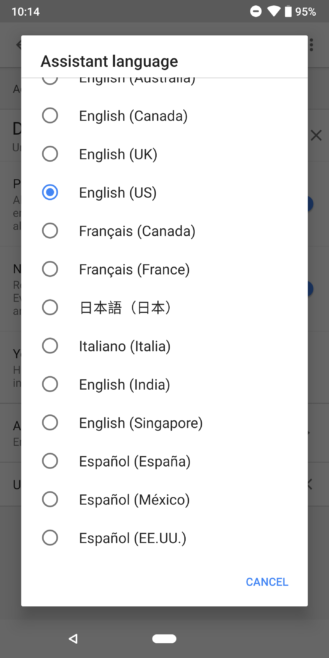 Historically, Google Home's Assistant getting support for a language means that the speaker itself will become officially available in the corresponding country soon thereafter. In this case, the change's timing fits perfectly with the rumored shipment date of Google Homes in Spain: previously, we had discovered El Corte Inglés pages for the Home and Home Mini (which were since taken down) that said the units would be delivered on June 12. As for Mexico, Google promised to launch its smart speakers in the country this year, but we haven't seen rumors of exact dates yet.

An official announcement hasn't been made in either country so far, but it could only be a matter of time now.

Google has announced this officially.