We did not learn much about the future of Wear OS at Google I/O this year despite the company putting on a "what's new in Wear OS" session. One of the few truly new things discussed in that talk was the team's new focus on battery life in Android P. Now, Google is rolling back the battery-saving features in the developer preview following a flurry of developer feedback.

The next version of Wear OS will use Android P as a base, but the Wear OS team had planned to tighten background processes considerably. Android P on phones and other devices will have a feature called app standby buckets, which is a way to categorize apps by how likely you are to use them. There are five categories: active, working set, frequent, rare, and never used. Android P limits what specific buckets of apps can do, but the Wear OS team opted to block all jobs and alarms for background apps. Only foreground processes could set jobs and alarms. 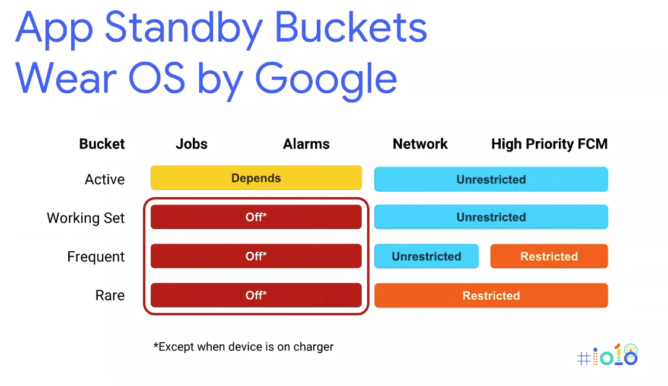 It turns out developers didn't like these harsh restrictions. So, Google is rolling them back. Apps on Wear OS will again be able to schedule background tasks and wake up the device. Devs don't need to reflash their watches, either. As long as the watch is connected, the settings will update automatically.

Google's Wear OS team says it will continue experimenting with app standby buckets in Android P to tune Wear's battery performance. Although, this first attempt was such a mess for developers that Google had take a do-over. We're back to square one with Wear OS battery life, and I don't know what Google can do to fix it now.

Google Assistant now available in Thai on phones and tablets