Last October PlayRaven and CCP Games announced an official EVE Online mobile game. At the time it was known as Project Aurora. In April of this year, Kongregate made it known that they would publish the game and that it would be called EVE: War of Ascension. Last week it was released on the Play Store, but there is one little problem, it would seem very few Android users can actually install it. Play Store user reviews have been trickling in since June 8th, and apparently they have been coming from players located in the Philippines, which should explain why so few can actually install this game right now. New territories should follow shortly.

After testing out the 1.0.5 beta APK from APKMirror, it's pretty clear EVE: War of Ascension isn't ready for public consumption just yet. For a game of this sort, a tutorial is always expected, and yet the beta didn't include one. You are dropped into the game without any explanation of what you should be doing, which is a big red flag. The constant notifications that fired off minutes apart from one another was also a sign something was rotten in the state of Denmark.

At the very least we now know a few more details about the upcoming release thanks to the trailer (linked above) and the detailed description on the Play Store. It's billed as a "True Mobile MMO," but really it plays a lot like the majority of mobile strategy games already out there. The way you go about building up your space station, researching advancements, and conquering outposts isn't anything new to the mobile genre.

It's also worth mentioning that EVE: War of Ascension is going to release as a free-to-play title. You can expect in-app purchases that range from $1.99 - $199.99 per item. So if you had any doubt this would exist primarily as a cash grab of the well-known EVE Online name, those $200 IAPs should quickly clear things up for you.

Now, just to make this announcement more confusing, I would like to point out that EVE: War of Ascension isn't the only mobile EVE Online project in the works by CCP Games. In a recent tweet, the developer mentions Project Galaxy, which appears to be an entirely separate title it is working on with NetEase Games. It's slated for release in 2019, and it will include some sort of augmented reality functionality. 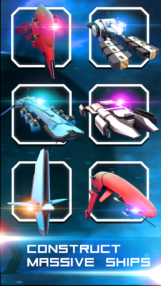 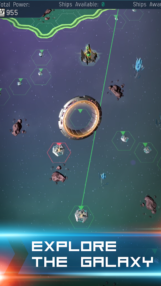 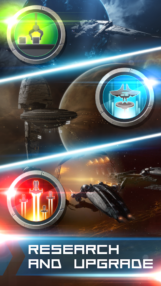 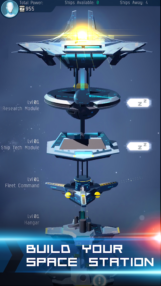 It strikes me as a little odd that EVE: War of Ascension is listed on the Play Store when it clearly isn't ready yet, but I guess that's what the beta process is all about. But despite what a few Android blogs have mentioned today, EVE: War of Ascension isn't actually available for the majority of Android users, you will have to be located in the Philippines to get a taste. I suppose the rest of us will just have to wait patiently for the official release in our territory, which at the very least should happen sometime soon if this recent Play Store activity is anything to go by.