The last major version update of Chrome OS (66) to hit the stable channel didn't really have any game-changing new features, although it did include magic tether support for more devices and external display improvements. Chrome OS 67 has now landed in stable, and it looks to be a more interesting update to the system that runs on Chromebooks and Chromeboxes.

Version 67.0.3396.78 (Platform version: 10575.54.0) improves the Progressive Web Apps situation on Chrome OS. They can now be installed as stand-alone apps which makes them run and look a lot better than before. On Chrome OS tablets, which we'll see more and more of going forward, the UI has been given a Material 2.0 refresh — that means lots more rounded corners and larger, more touchable interface components. There's also a new quick settings menu that apes its Android counterpart.

Check out the full Chrome OS 67 changelog below:

Other notable improvements include split-screen support for tablets and a new power menu consisting of 'Power off,' 'Sign out,' and 'Lock screen' shortcuts, similar in design to what you'll find in Android right now (and yet another example of convergence). The new emoji picker we recently wrote about (below) has also made its way to into this stable release, and the new video player that comes with all versions of Chrome 67 is also present. 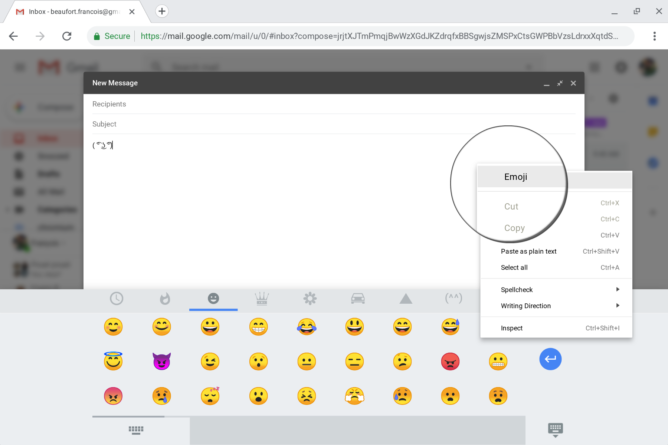 As usual, there are also bug fixes and security enhancements with this update. Chrome's Site Isolation feature is rolling out to more people, and additional Spectre patches are included for ARM devices on 4.4 kernels. There will be lots of other little features and design changes that we haven't noticed yet, so let us know if you spot anything else of interest. To update, look out for the encircled arrow in the Chrome menu and restart to update when prompted.