When smartwatches first hit the market several years ago, I immediately hopped on board. As an avid lover of watches, I found myself very interested in the concept of wearing a timepiece that also doubled as a notification mirror for my phone. At the time, I worked in jobs where phone use was either discouraged or outright prohibited, whether by policy or the frantic pace of the position. But unfortunately for me, I have a compulsion to know what's going on with my phone at any and all times — I can't just ignore my phone going off. So smartwatches offered me a chance to keep my phone in my pocket, but still be kept apprised of my incoming notifications.

Wear OS, né Android Wear, came around a little bit later, offering an experience that differed from the king at that time, Pebble. But as with any device that carries the name "Android" in its branding, updates and longevity were a concern for some. While this caution was perhaps tempered by the excitement over the new hardware, namely the oddly-attractive Gear Live and the then heavily-teased Moto 360, it was nonetheless undeniable. That's where AsteroidOS started; an open-source smartwatch operating system meant to prevent the devices it supports from falling to update purgatory and obsolescence.

Built entirely on GNU/Linux technologies, AsteroidOS offers a very basic, spartan experience. It features notification mirroring and a few apps like a calendar, calculator, and weather to get you by. In its current state, it's a neat project, but the best I can say for real-world use is that it works. When compared to watchOS, Wear OS, and Tizen, it has a very, very long way to go. Luckily, the developer knows this and has a few additions planned for future updates.

I've spent the better part of two weeks with AsteroidOS on my LG Watch Urbane as my primary smartwatch — the absolutely horrendous LG Watch Style battery life and being unable to pair my Gear S3 with my Pixel 2 XL on Android P DP2 certainly helped this period not feel so bad (no, I haven't tried DP3 yet). I don't mean to imply that AsteroidOS is a negative experience; it's just that it feels like several large steps backwards after what I've grown accustomed to in recent years.

Overview: Simplicity at its finest

AsteroidOS excels at UI simplicity. Much like Wear OS, the navigation is all about swiping. Starting at the watch face, i.e. the home screen, the app drawer sits below, a quick settings menu above, a calendar agenda to the right, and notifications to the left. Going back to the home screen is just a swipe down from inside any of the apps, while swiping right will take you back a screen.

White text with high contrast backgrounds is what you'll find here. The font is slim, but still easy to read. In short, the best way to describe the UI, and AsteroidOS in general, is that it's very spartan. It gets the job done with no fancy animations – though the screen transitions are pretty smooth and there is inertial scrolling – but I find the simplicity appealing. Perhaps that's my interest in minimalism talking. 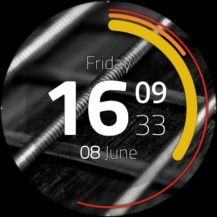 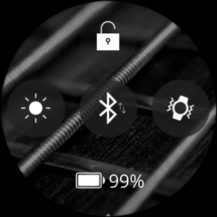 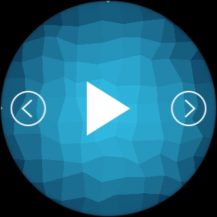 This being a smartwatch OS, let's talk about notifications. AsteroidOS is simply a mirror, displaying for you the things that pop up on your phone. That's about it, though. Think of the old Pebble days, where you could see what came in, but you couldn't act upon anything; AsteroidOS does much the same, only letting you dismiss the notification from the watch itself, which has no impact on the phone.

For some, this will be a deal breaker and I understand why. Long gone are the days of simple notification mirroring; I've grown quite accustomed to deleting emails on my watches, which is mostly how I stem the tide that I receive to my personal and AP addresses. During my testing, though, I noticed that my watch tended to buzz before my phone ringtone went off, which was interesting.

Another thing to note is the app selection, which is very basic. You get Agenda, Alarm Clock, Calculator, Music, Settings, Stopwatch, Timer, and Weather. Each of these follows the theme of simplicity that I'm so keen on mentioning, from easy-to-navigate layouts to using multiple screens to display different types of information — Weather, for instance, has five screens to show the forecast for the upcoming days. 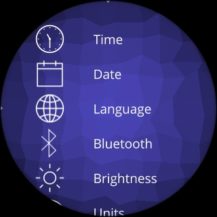 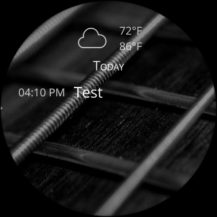 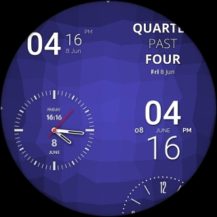 AsteroidOS doesn't sync with your phone's calendar, so you have to manually add events to the watch to get them to appear on the right screen. If you have one-off things like doctor's appointments, this is fine. But if your calendar is often full, for whatever reason, the agenda function is basically useless unless you want to add each one separately. I don't recommend that, honestly, because typing is very tedious.

Using the "keyboard" is just drawing the letters you want to type. I learned to overemphasize most of the letters, more so than I would actually do when handwriting, because the OS often misunderstood; for example, it'd often think an 'e' was an 'l.' Backspace is just drawing a line from right to left. The keyboard is passable, but rather tedious to use for anything more than a few letters, certainly more than typing on Tizen or Wear OS.

Battery life: In a word, fantastic

Whenever you're installing custom firmware, whether it be an aftermarket ROM or a Linux distro, battery life is often a concern. My LG Watch Urbane has always been a champ for longevity, outpaced only by my Gear S3. Before taking the plunge on AsteroidOS, I wore the Urbane for several days with its factory firmware, using it as I normally would (always-on display, very frequent notifications, etc.) to gather a baseline idea. 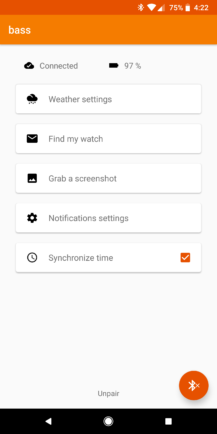 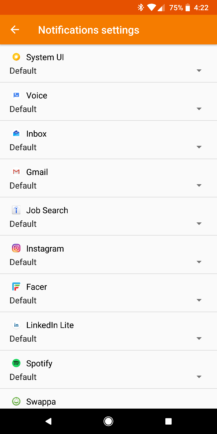 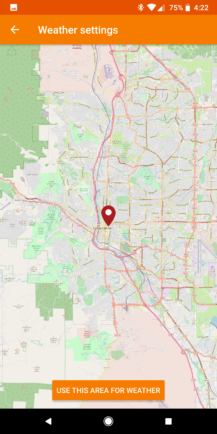 With AsteroidOS, a full day was fairly typical, once I got through setup and all that. It's very easy on the battery, partly due to the lack of an always-on display option. I was honestly quite surprised, noticing hardly any difference between Wear OS and AsteroidOS. Obviously, the display turning off in the latter makes a large difference, so I'll have to revisit once AOD is added. However, that being said, battery life is impressive. While my Watch Style dies somewhere between 5-7 hours, my Urbane on AsteroidOS went closer to twelve or thirteen. Not quite the nearly two days I can expect from my Gear, but that's beside the point.

Your mileage may vary, of course, depending on what device you install AsteroidOS on. For those of you not testing this on an Urbane, I'd like to hear your results in the comments.

Conclusion: A fun project, but still a long way to go

AsteroidOS is a neat project, one that I have no problem recommending you try out on a spare device. It hearkens back to the old days of Android Wear with both improvements and missing features. The best part is that it's stable — I had more trouble with my Watch Style needing reboots than my Urbane with AsteroidOS. Its biggest pain point is the lack of actionable notifications, which is the primary reason I can't use it as a daily driver. I rely too heavily on wrist-based notification triage.

Though it's been a long time in the making, I applaud Florent Revest, the developer behind the project, for his tenacity. Some of the planned features are already on the website, such as always-on display, grouped notifications (like for Gmail), and calendar sync. Even a voice assistant is planned for the future, and odds are, it'll still be better than S Voice.

The solid foundation and open nature of AsteroidOS means that a strong community can continue to develop around the project. Revest hopes that this means that the people out there can do some cool stuff with the platform. He seems determined to push AsteroidOS along in the right direction, but time will tell how well it succeeds. For now, I'll gladly keep an eye on its status and how it evolves in the near future.

Be sure to check out the AsteroidOS website for news, installation instructions, how to contribute, and more.

AT Player is a feature-rich free music app that lets you listen to music on YouTube, plays your ...

24 new and notable Android games from the last week including Eden Obscura, Deep Space, and ...