Yesterday, at its second annual Google for Brazil event, the company revealed both future plans and updates for its products and services in the country. If you remember, last year Google made a similar set of announcements for Indonesia, and now it's Brazil's turn. The details released cover the range from amusing to useful, with a bit of philanthropic education mixed in, too.

Some of the announcements Google made, like the new World Cup features in Search, aren't really Brazil-exclusive, though they're sure to be popular in the country.

To start, Google has revealed that Android Go-powered devices are coming to Brazil, bringing more affordable and performant devices to the country's consumers. Information relevant to Brazil's upcoming elections will also appear in Search later this year, helping voters keep up-to-date with news and track results.

Support for more local services via Assistant is also coming to Brazil, including iFood, Restorando, and 99. Better Google Maps support for São Paulo's new daily driving restrictions—which limits how often you can drive in certain areas and on certain days based on the last number of your license plate—is also coming. In more transportation-related news, real-time transit info for a further nine Brazillian cities has also been added to maps.

Even more light-hearted and entertaining tweaks are coming to Brazil, like the Art Selfies from Google's Arts & Culture app. But other much more serious and impactful developments are also ongoing, including Grow with Google free training sessions, which have come to four cities in Brazil with four more coming by year's end. Google has also brought Womenwill to Brazil, training over 2,500 women in leadership, negotiation techniques, personal finance, and digital marketing. Google is also giving a $1 million grant to Instituto Rede Mulher Empreendedora, a nonprofit promoting entrepreneurship among women. 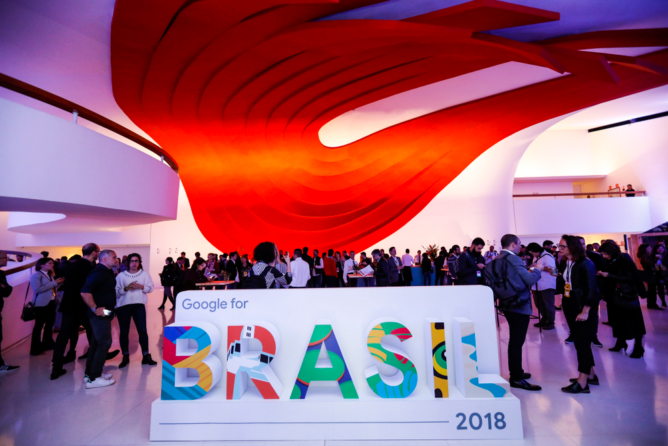 Google is significantly expanding its regional focus on products and services in the country, and these announcements as a whole should make an impact on the lives of Brazil's residents, whether that's as minor as some added convenience checking World Cup scores, or as major as providing women with opportunities they otherwise may not get.

HTC's customer support seems to be in seriously bad shape