The Pixel 2 and Pixel 2 XL have a "Colors" setting in their display options that lets you tune your screen's color saturation and temperature to your liking by choosing between "Natural," "Boosted," and "Saturated" options. In Android P's Developer Preview 2, the menu now shows a photo—a cloudy sunset behind a couple of palm trees—so you can more immediately see the effects of your choice.

Previously, the screen was mostly white, and to really know what you were changing, you'd have to look at something more colorful—either your home screen or another app. In theory, it's a little quality-of-life tweak that makes a lot of sense, but the specific photo Google used isn't all that helpful in determining how your screen is calibrated. 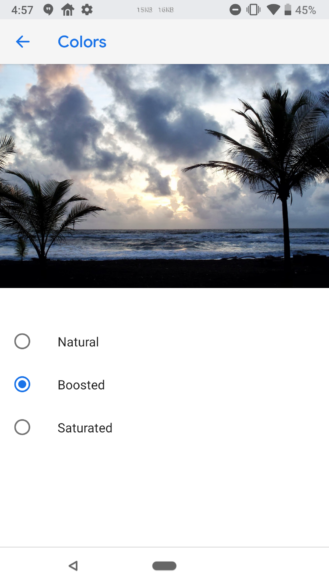 The image is kind of dark and it's mostly cool hues, with just a little orange here and there. Ideally, the page would show multiple images with differing palettes, or at least a single image with more color in it. This is still preview software, though, so it's liable to change before its commercial release. 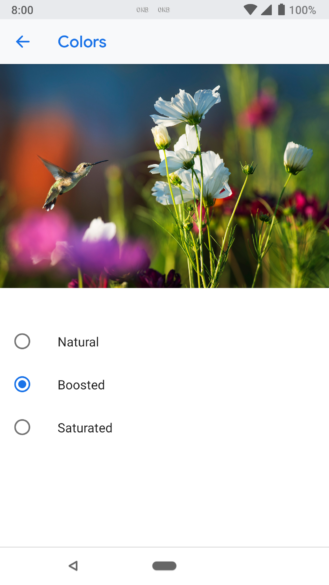