Inbox is losing the ability to remind users of emails at specified locations (and unspecified times). According to a Google Product Forums thread, the "pick place" and "someday" snooze options are being retired.

The change doesn't seem to be dependent on app version, as the old snooze functions are still present on my work account, but not my personal one — both in the Inbox app and on the web. (A similar case was reported by one of our readers, as well.) 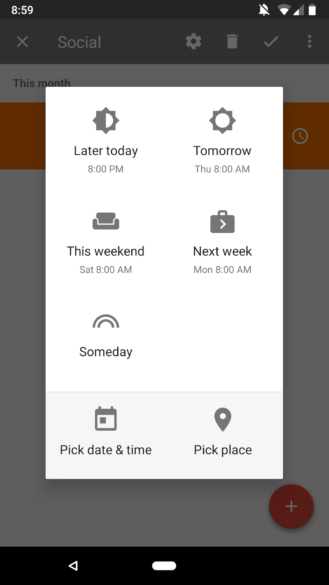 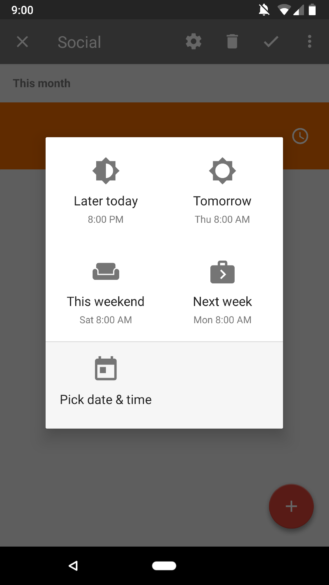 While snoozing until "someday" wasn't particularly useful, there are plenty of scenarios wherein you might want to remember an email upon arriving somewhere. Google Product Forums user and Advanced Troubleshooter ScottG_TC speculates the features are being removed due to lack of use and recommends sending the Inbox team feedback if you'd like them to stay (or like them back, if they've already disappeared on you).