Samsung isn't the only company that still sells phones with styluses; LG has been doing the same, albeit with much less expensive devices, for some time. The company has just announced its latest stylus-equipped phone, the Q Stylus, and it'll come in three (very poorly-named) models.

First things first: some of these variants are horribly named. There are three in total: Q Stylus, Q Stylus+, and Q Stylusα. "Q Stylus" is fine, but putting the "+" and "α" in superscript is totally unnecessary. On top of that, the character "α," something most people have to look up and copy-paste, should never be in a phone name. LG is making things difficult for itself and its customers for no particular reason. But I digress.

Back to the phones themselves; all variants will come with a 6.2" 1080p display, a 3,300mAh battery, IP68 water resistance, and Android 8.1 Oreo. The Q Stylus+ is the highest-end model, with its 4GB of RAM, 64GB of storage, 16MP rear camera, and 8MP (or 5MP) front-facing camera. The Q Stylus is in the middle, and the Q Stylus α is the base model. See the table above for more info. 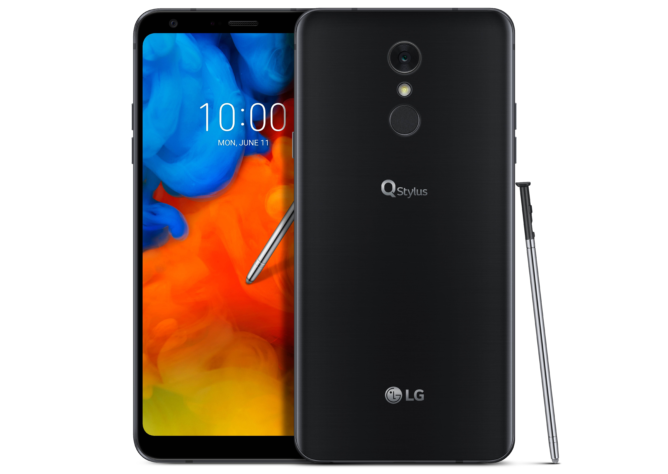 The stylus allows for handwritten notes to be recorded, images to be personalized, and videos to be made into GIFs. QLens, LG's version of Google Lens, is present as well. DTS:X 3D surround sound improves audio through your headphones, and the "Smart Rear Key" fingerprint sensor also acts as the front-facing camera's shutter button.

The Q Stylus will be available in North America and Asia later this month. Which of the three models you can buy will be dependent on the market. No pricing was announced.