OnePlus phones, historically, have come in a variety of extra or limited-edition styles. Previous color options include Soft Gold and Sandstone White. The new Silk White OnePlus 6 splits that difference with a rose gold-tint, packing the company's latest hardware into a brighter, summer-ready body.

Specs for the new colorway are unchanged. As before, you get a Snapdragon 845, 6.28" notched OLED 1080p-equivalent display, 3,300mAh battery, and much-improved 16MP camera. This specific color will only be available in the middle 8GB/128GB SKU for $579.

Speaking of availability, sales for the new color open June 5th at 10 AM Eastern time, and it's a limited-edition version. So think of this as an advance, photo-packed teaser for what to expect, if you're on the fence or considering the new color. 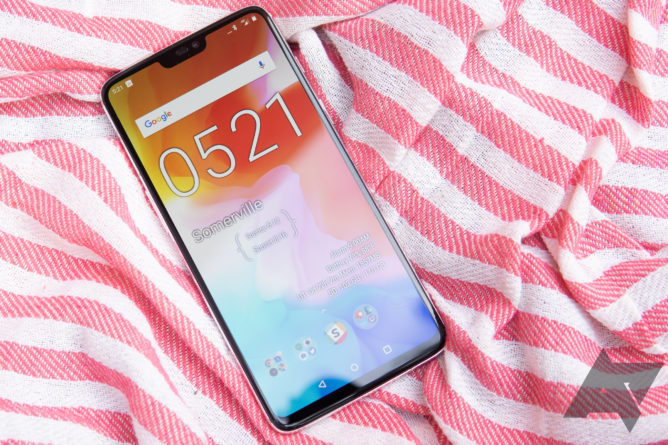 The end you'll spend the most time staring at hasn't changed much. On the front, the Silk White version has the same black bezels as the other two colors currently offered. Personally, I'm a fan of how well OLED displays blend in with the black borders, so I prefer that over the white bezels OnePlus used with previous gold/white versions.

Top and bottom (above), Left and right edges (below). 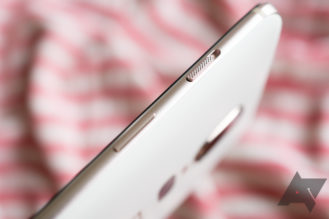 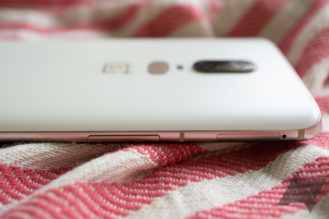 All the exposed metal (excluding the earpiece grille) is finished with rose gold accents. Even the antenna bands are an opaque peach color. The OnePlus logo and "Designed by OnePlus" text on the back also match. 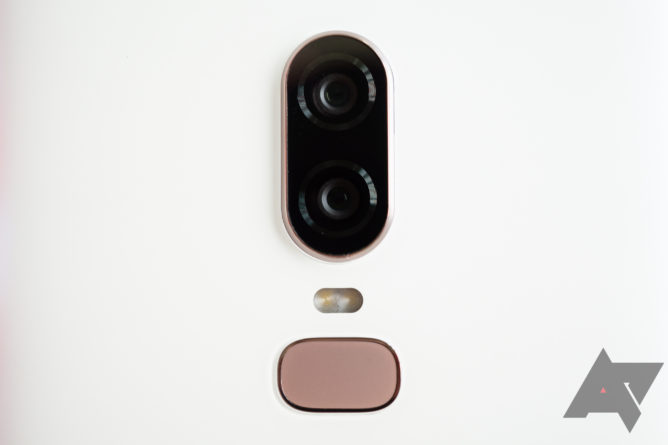 The rose gold accents aren't just for the aluminum frame either. The fingerprint reader, its chamfered bezel, and the chamfered ring around the dual cameras all get that same color treatment.

The real star is the big white glass back, though. It's tough to capture with photos, but it has a slightly opalescent/pearlescent finish. It's very subdued, but there's a slight tint to the light that reflects from it at certain angles. According to OnePlus, that's the effect of "pearl powder" that's been mixed in with the six layers of coating. 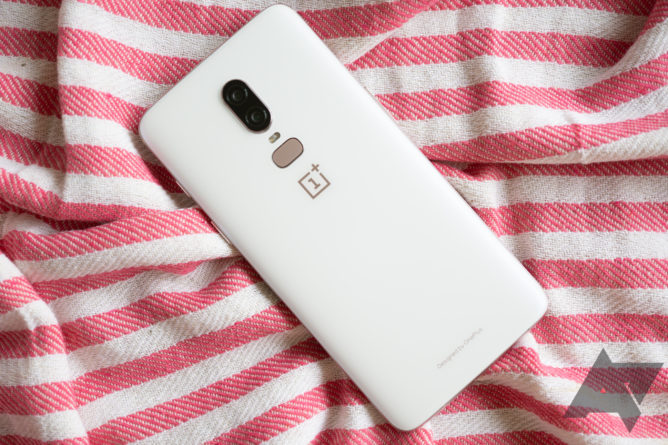 The texture is a very fine matte that feels nothing like I would expect from frosted/etched glass. Dragging a fingernail across the back results in none of the harsh abrasive texture or marking I assumed would be present. It feels like anodized aluminum, like that present on the older OnePlus 5T, even though it isn't.

In my experience, it's pretty easy to keep clean, too. The obvious concern with white is that it'll show any markings or stains it may get, but whether due to the texture or some sort of coating, it doesn't seem to pick up much gunk—though I do have one small shiny mark around the camera already.

If you aren't already tired of pictures, our full gallery of the Silk White OnePlus 6 is just below. (I just got a new lens, and I sort of went nuts.) Spotify is asking its users if they'd subscribe to a $30/month data-only plan with Spotify ...

Fake Fortnite APKs are out there, don't be tricked into downloading one