What I don't get is why the Might & Magic brand was used at all. Obviously there is going to be some name recognition that will garner the new release some interest, but for the most part, any true aficionado of the original games will be instantly turned off by the greedy design. Might & Magic fans don't want to play Disney Heroes: Battle Mode, they want to play Might & Magic. So after Ubisoft angers the series' many supporters, what's left? My guess would be a bunch of casual players who could care less about the name of the game and are merely interested in it as long as it offers a better experience than the FTP titles it's clearly ripping off. So why bother with the Might & Magic brand at all? All this does is drag the name of a beloved series through the mud, all for the selfish chance at tricking fans into playing a mediocre game. Thanks Ubisoft.

Now I know some of you may not be pleased with my written displeasure of such a blatant cash grab, but I feel someone has to write it when the majority of outlets out there are perfectly happy to promote yet another clone of a clone without ever mentioning its clear drawbacks.

So allow me to get into a few specifics of what you can expect. Firstly, I wouldn't be doing anyone a favor if I didn't mention that this is a gorgeous game. Might & Magic: Elemental Guardians exudes so much polish it's almost painful. The graphics, the sound design, even the UI shows a lot of thought went into this game, which is what makes it all the more excruciating when you boot it up to see that it's just another mindless Star Wars: Galaxy of Heroes clone. This, of course, means you can expect loot boxes, an energy system, multiple in-game currencies, auto-battling that drags on and on, stingy rewards for your efforts, and in-app purchases that range up to $99.99 per item.

Back in March when I first took a look at the pre-registration listing for Might & Magic: Elemental Guardians I had a feeling that it was going to wind up as another gacha hero collection game with all of the downsides that entails. Lo and behold this is exactly what we received. Maybe I just miss the days when companies like Ubisoft used to hide such clear and concerted efforts to cash in, but I guess those days are long gone. If there was any hope that the Might & Magic series would see a proper revival, it now seems pretty safe to assume that it won't ever exist as a mobile release. 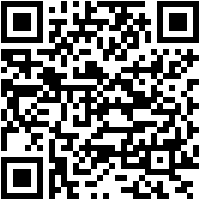