Xiaomi announced some new phones today, which I'm sure will sell in huge numbers (just not in the US). Among the new devices was the Xiaomi Mi 8 Explorer Edition. This phone is like the regular M8 except it has a transparent glass back that shows off suspiciously pretty internal components. Really, there's a little Snapdragon logo on what purports to be the SoC. This could all be smoke and mirrors.

The Xiaomi Mi 8 Explorer Edition is a striking device, but it's increasingly difficult for OEMs to stand out from the rest of the glass slates. HTC recently announced the U12+ with a transparent back, but you're not going to see anything especially cool in there; phone internals are engineered for efficiency, not beauty. The Mi 8 Explorer Edition shows off its components in a very odd fashion, though. The main board chips are arrayed across the top section of the phone, and some of them are labeled so you can see what they are. 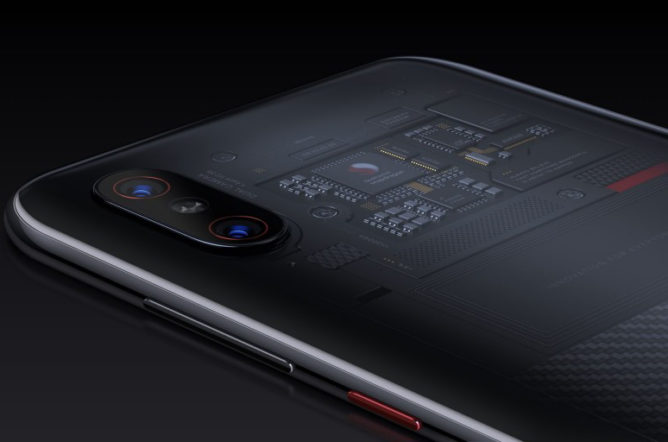 This design looks cool, but it might be a lie. Some have claimed it's just a facade under the glass. And indeed, when you check out other phone mainboards, they don't look anything like this. Chips are usually much closer together and are not spaced evenly. Most importantly, they are covered with heat spreaders and RF shielding layers. Just look at this image from the iFixit GS9 teardown. Note how the chips along the left are covered up. 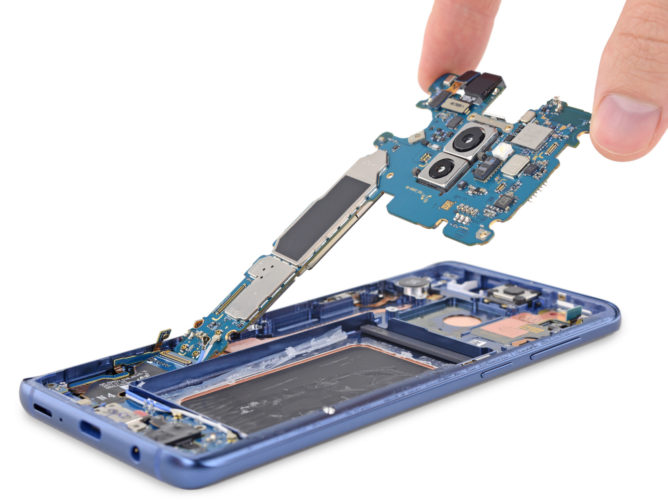 Additionally, look at that "Snapdragon" chip. It has traces around the edge, but that's not how 845 chips connect to PCBs. They use ball grid array surface packaging. The potentially fake SoC also looks too large. Here's a real 845 on an index finger. RAM is also layered on top of the SoC in most phones, so you shouldn't be able to see the 845 at all here. 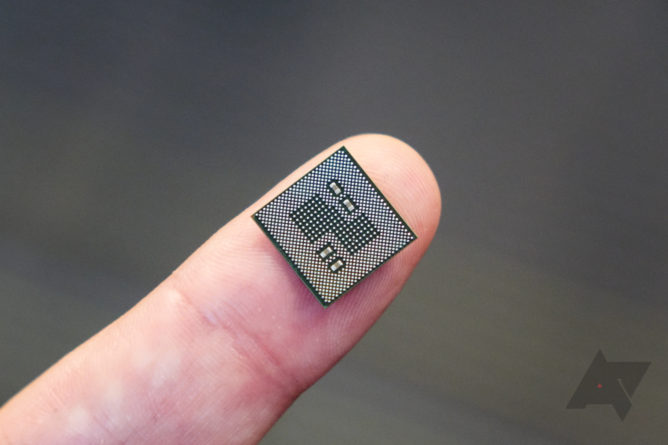 Xiaomi's product page includes some clarification that the visible components don't necessarily match up with the real components... whatever that means. When asked, Xiaomi told The Verge the chips you see under the glass "are parts of the actual mainboard." That could be taken in several ways, though. These might be "parts" of the board, but not the actual chips that run the phone. They could be fakes layered on top to look nice. Maybe these renders themselves are the lies. The real phone might be much less pretty—more like the U12+.

Still, maybe Xiaomi went out of its way to engineer a phone with pretty internals and found some way to counter the heat and RF issues. I guess we'll have to wait and see, but my money is on chicanery.

A new piece of info lends credence to the suspicion that the components are "real" but not actually chips powering the phone.

After confirming with an internal source, I translate he's meaning: "the components are physical things, NOT a sticker. BUT, it's a piece of board which has nothing to do with phone function. Remove it won't infect any function of the phone. "

Ubisoft revives an aging series with the release of Might & Magic: Elemental Guardians, but ...