Many devices have hardware-button shutters in one form or another. Sony phones have historically had a dedicated camera button on the side, and even Google Camera allows you to snap a quick photo with the volume keys. But when you consider where those volume keys are on a bigger phone like the Pixel 2 XL, reaching up to hit one with one hand when you're holding it in landscape can be difficult without blocking your view.

Sure, it's a first-world problem. One-handed use of a camera isn't the sort of thing you need to do all the time, and if you're careful, you can just use the software shutter or volume keys. But pick up your phone right now, double-tap the power button to bring up the camera, and try to maneuver into taking a photo with either method, but do it all one-handed. See? Things can get a bit... precarious. But with an Active Edge shutter, all you'd need to do is rotate your wrist and squeeze. 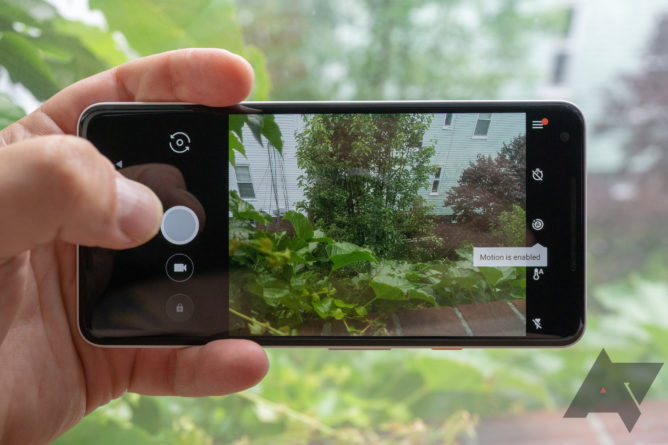 For better or worse, Active Edge is pretty easy to trigger, even at the highest resistance setting, so it's not as if the camera would end up pointing somewhere else by the force of your squeeze. And the one-handed utility could be immense. You could easily capture photos without obstructing the viewfinder or accidentally tapping something else as you try to wrangle the device around for that seemingly unavoidable pinky-and-forefinger grip. Who wants to trust the safety of a nearly $1000 smartphone to one of their weakest fingers as they juggle it one-handed?

It might come out a bit blurrier than a deliberate and carefully framed two-handed shot, but if I don't have the time to free my hands, I'm probably not that concerned. I just want to take photos one-handed with a convenient gesture that doesn't block the viewfinder. Even HTC thought it wasn't the worst idea.

It's possible that Google has some functionality for Active Edge in Google Camera waiting, like Assistant or Lens integration with a future update. But right now, that squeeze does nothing in the app. So if you don't have anything planned for it, Google, maybe a squeeze-to-take-photo feature could come in handy for one-handed camera use. I mean, you aren't doing anything else with it right now.

[Update: Sale closed] Nokia in talks to sell its Digital Health Division back to Withings ...