Our tipster, Reuben, discovered group audio and video calls were working for him on the latest WhatsApp beta 2.18.162 (APK Mirror link). I don't see it, despite running the same version. So as with iOS, it's likely this is a server-side rollout, but it wouldn't hurt to get the most recent beta to up your chances of seeing it.

When you're in a call with someone, you can tap the add contact icon at the top right of the screen and choose between your contacts to invite to the call. It works for both audio and video calls. Also, when receiving a call where two or more people are already participating, you will see the avatars and numbers/names of the persons so you can make a decision before joining in. 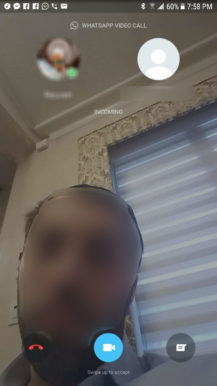 It seems the feature allows for up to four people to talk to each other, which I think is a reasonable limitation. Any more and it starts getting crowded and would require a more robust conferencing platform than WhatsApp.

There's no telling when group calls will make their way to everyone, but odds are the rollout will pick up its pace with time, so we'll keep checking it out and let you know when it's available to all and if that requires an app update or not.