When Android Pay was re-branded as Google Pay, the mobile app lost a small (but important) feature - the ability to sort cards. If you only have one or two cards in Google Pay, you probably won't care, but it's nice for people with several payment methods and loyalty cards. 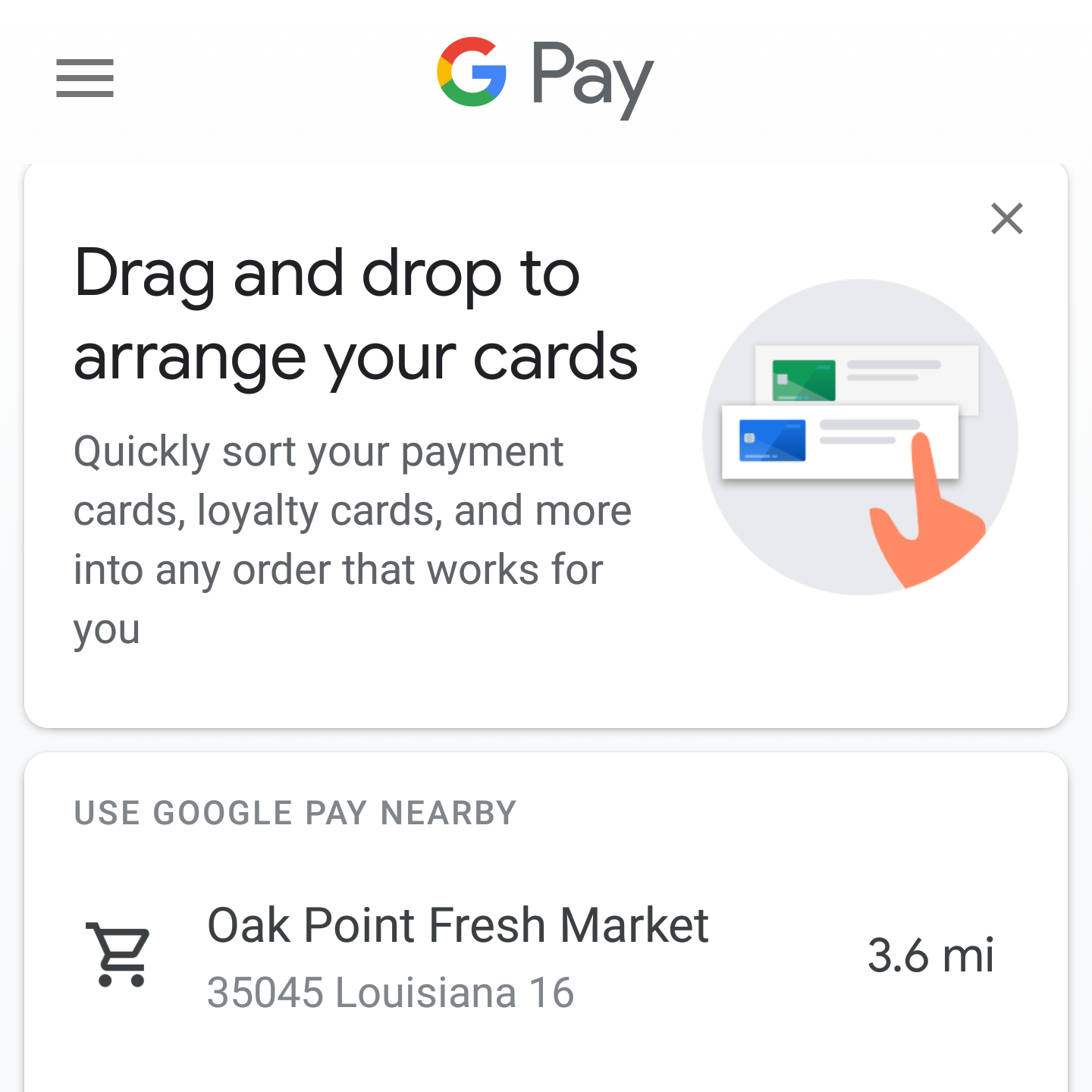 Thankfully, a recent update to the Pay app has fixed this problem. The ability to re-arrange cards seems to have been added in Google Pay 1.57, released a little over a month ago. So while it's not new, you might have missed it, especially since the card telling you about it could be near the bottom of the main page (like it is for me).