Netflix might be one of the most popular video-on-demand services on the internet, but it's by no means immune to mistakes. One of those mistakes was its now-former mobile player UI, which just wasn't very well thought-out. The company has finally redone the interface, and it's now much easier to use.

Get ready to change how you watch things with our new video player. 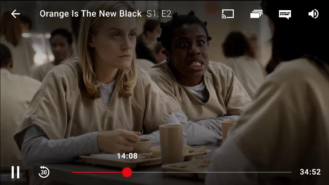 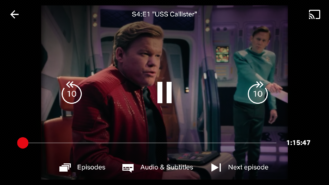 The old Netflix mobile player UI was always a bit odd-looking, not really resembling any of its competitors'. The play/pause button was crammed in the bottom left corner for some reason, and all of the functions were stuck in the top right. The new UI, however, fixes almost everything. The play/pause button is now front and center, and it's flanked on both sides by forward and back 10-second buttons. Unfortunately, those +/-10 buttons don't rack up to +20, +30, etc. like YouTube's, but hey, it's better than nothing. 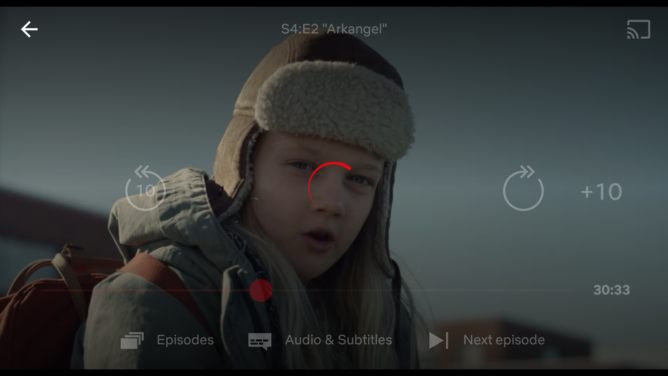 The new UI when the +10 button is tapped.

You'll also note that the 'Episodes' and 'Audio & Subtitles' buttons have been moved to the bottom with captions, which is definitely an improvement over the sometimes-cryptic icons. Alongside those two buttons is a new 'Next episode' button, allowing you to quickly skip to, you guessed it, the next episode of whichever show you're watching. All of the buttons have haptic feedback, which may or may not be to your preference.

This is certainly a welcome change, even if it is a little overdue. And in case you were wondering how we got screenshots of Netflix, an app that blocks screenshots, we used this nifty little Magisk module to disable secure screenshot blocks.