The Nokia brand has been through an incredible transformation in recent years, under the guidance of HMD Global. Its products have received almost universal praise, so much so that we’re now at a point when I would honestly recommend a Nokia phone ahead of pretty much anything else in the budget-to-midrange space. Recent Nokia devices feel like they should be more expensive than they are, have a pleasing minimal design aesthetic, and — perhaps most importantly — they all run either Android Go or Android One, meaning they get fast updates and are devoid of bloatware.

With another $100 million of investment recently announced, it's hard not to look at the success HMD Global is having and wonder why more OEMs don’t go down the same route — the "pure, secure, and up-to-date" motto must really resonate with consumers trying to get the best possible deal for their money. I can only imagine an HTC U12+ running Android One, for example, would surely sell far better than in its current form with its Sense skin.

The latest Nokia smartphones to be unveiled expand on HMD's portfolio with meaningful upgrades to existing models. The company's agility when it comes to renewing its lineup is another thing that impresses, as does the clear focus on quality and value for money. The new Nokia 2.1, 3.1, and 5.1 offer more of the same. For full specs, check out our announcement post —below are my initial impressions of the phones. 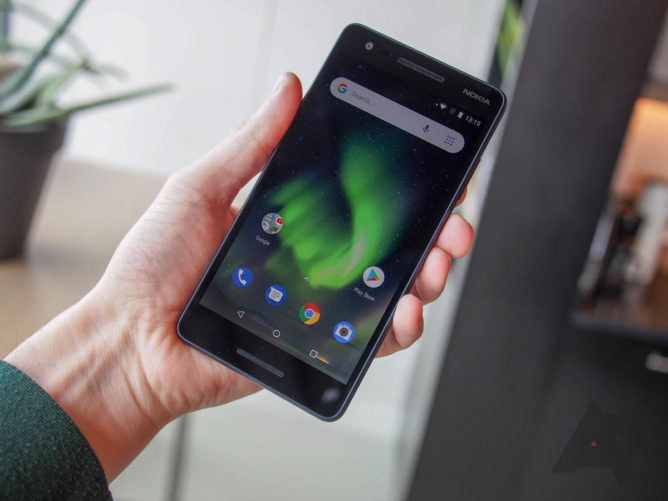 It's clear on picking up the Nokia 2.1 that it's the cheapest of the bunch. And yet it still feels more premium than the Nokia 1 we saw released earlier in the year, largely due to the stainless steel chassis. Like the Nokia 1, this is now an Android Go phone. This is a wise move from HMD as the lightweight version of the OS will do wonders for the 1GB of RAM and 8GB of storage. Because of this, the Nokia 2.1 will have 4.7GB of free space, giving you much more room for maneuver when downloading apps and storing media.

As with every Android Go or Android One phone, it will get 2 years of platform updates and 3 years of security updates. That simply can't be beaten by other manufacturers for phones at this price point (around $115 as a global average). Despite the budget specs, the Nokia 2.1 performed admirably in my time with it. I would say it's easily comparable to some phones costing $100 more. Probably the most marketable feature of this phone's predecessor was the battery life, and it looks like that won't be any different with the 2.1. I obviously didn't have enough time with it to be able to test this, but the battery is almost as large, and with a more efficient SD 425 chipset it's bound to be just as good. The 5.5" screen is nothing special to look at, but if you're after a lot of display for little money, you won't be disappointed by it. Stereo speakers add to the great value proposition, making this better for consuming video content than pretty much any other competing phone. 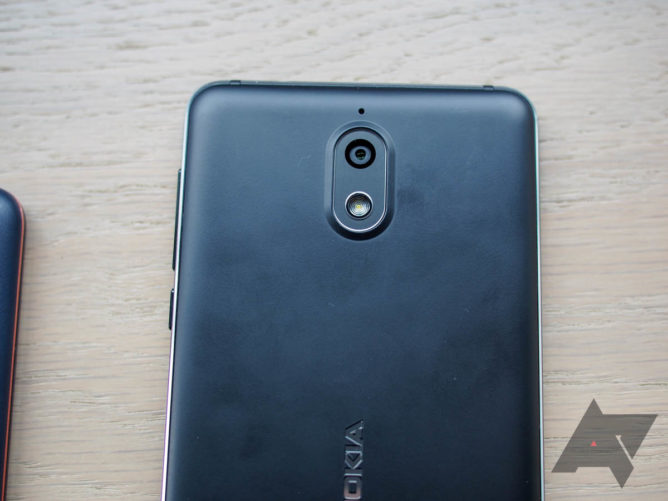 The original Nokia 3 was HMD's first phone and its most successful to date. It's not hard to see why as it featured a premium feeling metal body but cost just €139. It would be easy to say nothing much has changed with the Nokia 3.1 — it costs the same amount, has the same metal and polycarbonate construction, and has only a marginally improved MediaTek processor — but there are meaningful upgrades to speak of.

It's now an Android One device, which gives you great peace of mind with two years of Android updates and three years of security updates. There are two variants now, so you can spec up to 3GB of RAM and 32GB of storage if you so wish. The camera has been bumped up to 13MP from 8MP in the previous model, and the battery is also considerably bigger this time around. Performance, even for the base spec option, is said to be 30% better than last time, and I noticed no discernable lag or slow down in my brief testing. My experience with the camera suggests that you shouldn't expect too much from it, like any camera in this price bracket, but it'll be fine for most casual users.

In the hand, the Nokia 3.1 feels great, especially for the money. The 2.5D curved Gorilla Glass on the front gives the impression that this is a much more expensive device and makes it a real pleasure to handle. It also feels like a modern flagship in many respects (unless you look at the chin bezel), owing to its tall 18:9 display and HMD's design stylings. There's nothing to suggest this won't sell every bit as well as the first Nokia 3. 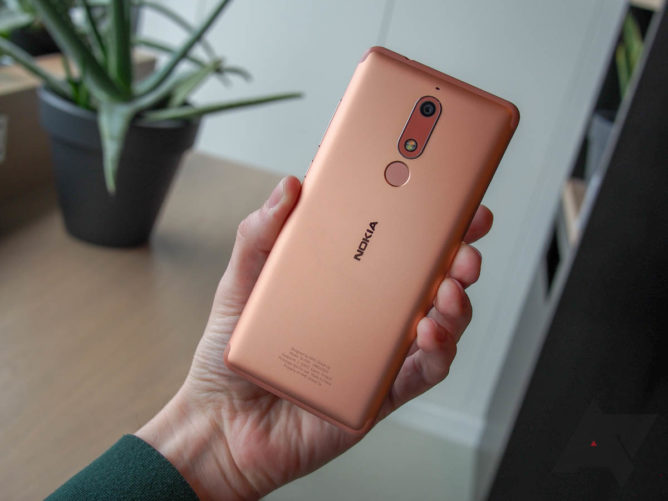 As the most expensive of this latest crop of Nokia devices, other than the recently launched Nokia 6.1, you'd expect the Nokia 5.1 to feel the most premium. What that means is really a matter of opinion, though, and I must admit I prefer the polycarbonate of the 3.1 than the all-metal back of the 5.1. I realize I'm probably an outlier in that department though. If an aluminum unibody is your thing, you'll be pleased with the Nokia 5.1 in the hand, especially for an asking price of just €189 for the 2/16GB model (or €219 for 3/32GB).

The fingerprint sensor has gladly been moved to the back of the 5.1, and with the subtle antenna lines around the top and bottom, this phone is definitely easier on the eye than its predecessor. I'm not a huge fan of the Nokia logo on the front (top right), but it is less distracting than on other phones. Unlike the cheaper devices above, the 5.1 has curved corners in the screen, and this makes for a modern aesthetic that pairs nicely with the curved 2.5D glass around the edges of the display.

I was disappointed to learn that this also used a MediaTek chip, but the experience I had was rather smooth. HMD says it performs 40% better than the last generation, but we'll have to wait for more time with it to test that claim properly. The 16MP rear camera is the best I tried out today, even if it's not anywhere near the Pixel 2 XL in my pocket. At least you get the same unlimited free Google Photos storage as you would with Google's phone, so you can take as many shots as you like without worrying about storage.

The copper color option offers something fairly unique in the market at the moment. Most OEMs seem to be going for mirror-like or multi-colored glass backs, but Nokia designs remain among the most elegant in the business. If you want a budget mid-range handset that looks good but costs relatively little, the Nokia 5.1 is probably going to be a good option. Nokia continues to make compelling phones at reasonable prices, and that can only be a good thing for the Android smartphone industry as a whole.

For more information and full spec tables, check out our announcement post.

Uber now has a panic button in the US