Valkyrie Profile is a classic RPG that was published by Square Enix back in 1999 for the original PlayStation. Unlike the majority of Square's RPGs, this title deviated from the standard top-down exploration and replaced it with unique (at the time) 2D platforming gameplay. To this day it's still considered a cult hit by its fans worthy of being listed alongside the Xenogears or Suikoden series. So it is my great pleasure to announce that the PSP port Valkyrie Profile: Lenneth has found its way to Android, and you can pick it up right now for $15.99.

Some changes have been made since the PSP release, which means this Android version is not a 1:1 port. Obviously, the UI has been tweaked to suit our many different screen sizes better, and touchscreen controls have been added so that we can play with ease. Along with that, you can also expect optimized graphics, a save anywhere and an autosave function, partial controller support (whatever that means), and more questionably a few additional booster options that can be acquired through the new and optional in-app purchases that range from $3.99 - $8.99 per item.

I have to say I'm very excited to finally see an English release of Valkyrie Profile: Lenneth on Android. I've yet to try it out as I wanted to alert all of our readers about its release as quickly as possible, so I can't say for sure if every change from the PSP version is for the best, though it does at least appear from the outside that the additional IAPs aren't too egregious and can be ignored. If you haven't played this game before and you are a big RPG fan or simply love puzzle-filled platformers, this is definitely the classic you have been missing out on. And for the rest of you, you should already know how great this game is, so go ahead and do yourself a favor and pick it up as soon as you can. 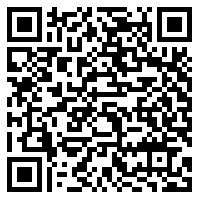 SōLIS SO-7000 review: One of the best Chromecast speakers around