Spring cleaning of the YouTube Android app is continuing apace. Already this month we've seen tests for seek bar video previews and an iOS style bottom nav bar. Now, some users are seeing a new interface for collapsing the currently selected video, offering more than just a picture-in-picture window. The new UI moves this into a floating bottom bar including a play/pause button, as well as the option to close without having to swipe away. 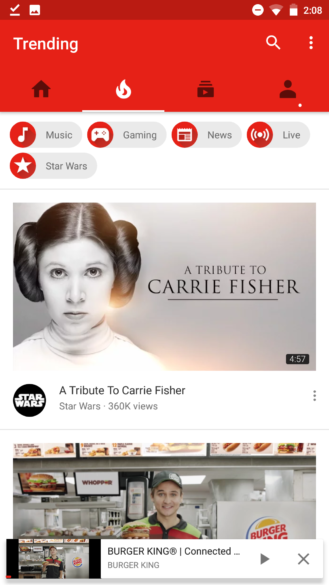 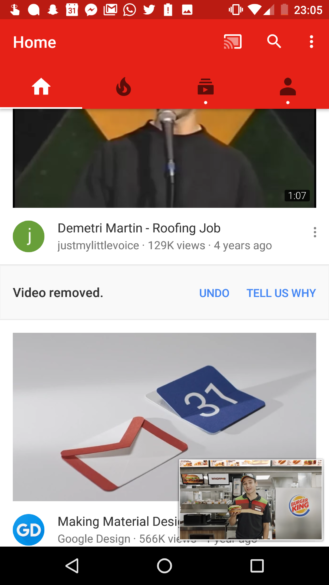 These changes are appearing in version 12.13.53 of the app. Aside from the video window itself being quite a bit smaller, as part of a floating card on top of the background feed, this new design also sees greater control over the collapsed video. Not only does the bar include a play/pause button, it also shows a red progress line along the full-width of the new-style card. This gives you greater visibility while you search for a new video, and you can choose to start another one safe in the knowledge that the current video is close to the end. Currently, collapsing a video gives you a picture-in-picture video in the bottom right corner, and tapping on that simply maximizes the video again.

Here's how these changes look in practice:

This new interface does seem far more useful than the current behavior. However, as with all tests of this nature, there's no telling whether or not these changes will stay the course.

Given the number of tips we've received in the past few hours (thanks everyone!), the new mini player look appears to be rolling out more widely now. I (Rita) didn't have it on my devices despite being on the latest YouTube 13.19.58 (APK Mirror), but after force closing the app and re-opening it, it was working. So this is either a server-side update that's spreading to more users or the new version is triggering it. 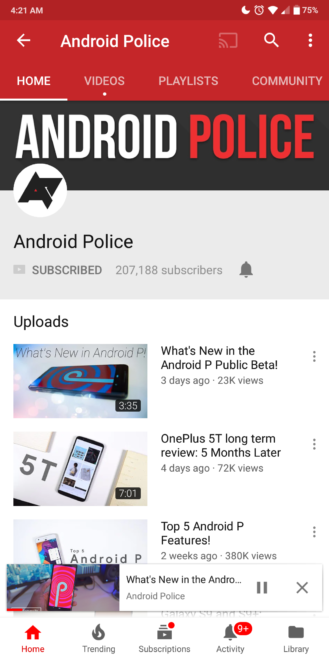 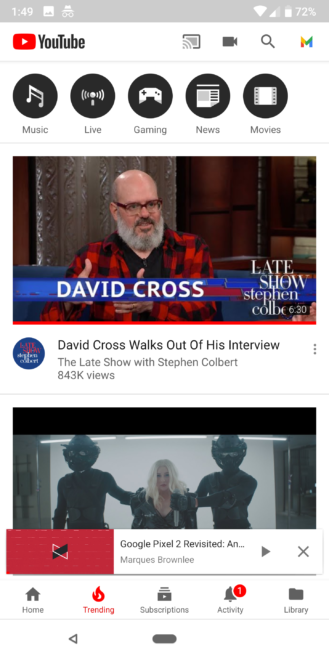 The animation has also gotten better and the video expands and collapses more smoothly throughout.