In adishion to offring automtic txt corection, Adnroid is suposed to underline mispelled wordz in red.

The feature is labeled "spell checker" in the system settings, and it's been out of commission for a while now. Comments on a Google Issue Tracker post about the general low quality of Gboard's text correction from April mention the problem, and a recent Reddit thread says the issue has persisted since November of last year.

As you can see above, there's an option to change your default spell checker — there are several available on the Play Store — but alternates I tested didn't remedy the situation. (Plus changing the default shows an ominous warning about apps potentially storing your credit card numbers.) A surefire remedy, if you're really bothered, is to switch keyboards altogether. Some users have also reported success snagging an older version of Gboard from APK Mirror. 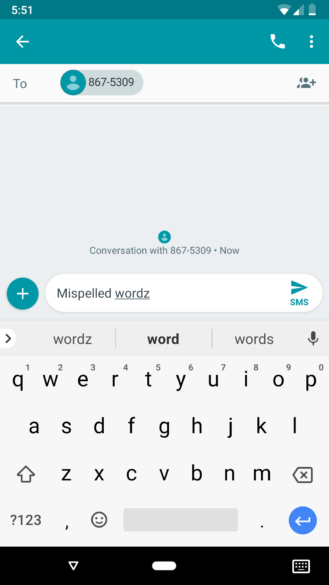 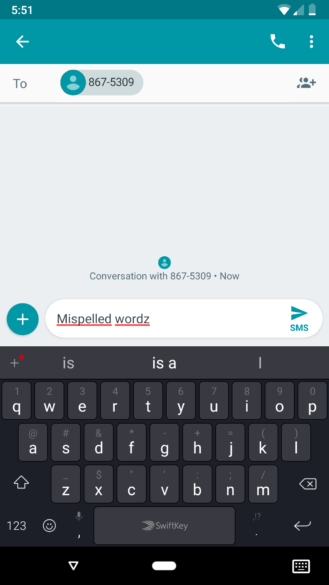 This isn't a very high-profile bug, but it's been known for the better part of a year and there's still no word on a fix. For those who find even the gentlest autocorrect too aggressive but would still like a hand, just seeing which words are misspelled is a handy option. Here's hoping a fix is in the works.