When someone says "Oh, that's just my work phone," you'd be surprised if it's not an iPhone. But Android does offer an increasingly capable enterprise experience, and more improvements are on the way with Android P this year. Many general new features have been uncovered and announced in recent weeks, particularly since the beta launched at Google I/O, but we haven't heard much about what used to be called Android for Work.

One tidbit that we got tipped about after the first developer preview was separate tabs for work and personal apps in the updated Pixel Launcher's app drawer, and now Google has outlined that feature and some others in a blog post.

As well as the new tabs to create separation between work you and the other (real) you, there's a toggle right in the drawer so you can completely disable the work profile and its notifications — to "help you disconnect when you’re away from work." The little briefcase icon that denotes a work app is now a more subtle blue rather than the orange of before (see above).

Since lots of services are used in both a work and personal capacity, it's now possible for app developers to build seamless switching between accounts right into their apps. You'll no longer have to head to the drawer and change tabs just to see a different view in the same app. This is already live in Google Tasks (see below) and will come to other Google apps soon. On a similar note, shift workers who use one device between them will be able to easily sign in and out as and when they need to access their own account. 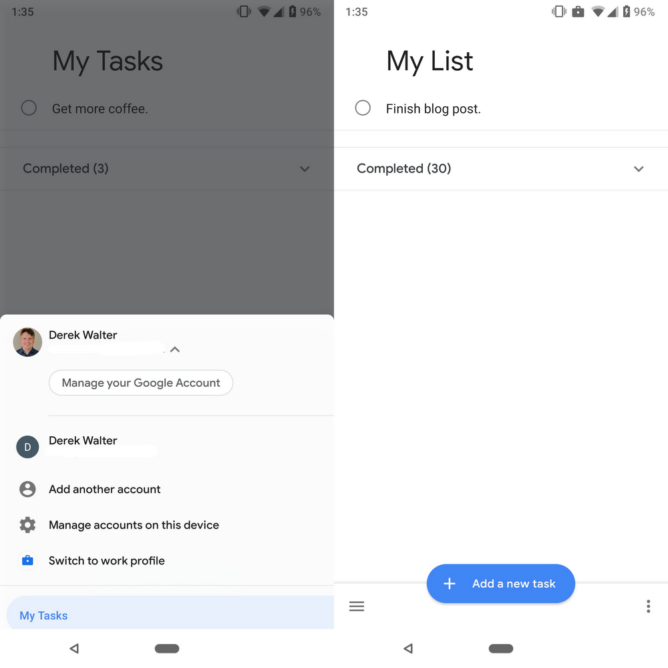 If you use an Android device as a payment terminal or digital sign, you'll be used to locking a single app in place with kiosk mode. In Android P, it's now possible to choose a selection of apps to be accessible in kiosk mode, opening it up to greater productivity. A dedicated launcher shows only those selected to work in this mode (below). 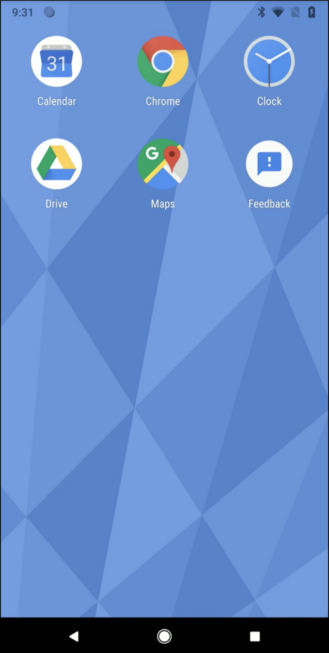 Specific device settings and notifications can be hidden to stop anyone tinkering with the device while it's in kiosk mode — you get complete control over what gets through and what can be altered. Previously, custom launchers would need to be installed to get much of this functionality, so this should make things much easier for smaller businesses.

Always a key concern for both personal and enterprise account holders, security is also getting some improvements in Android P. Administrators will get new features such as different PINs and timeout rules for work/personal profiles, additional data sharing policies, and new APIs for securely identifying devices with keys and certificates so that sensitive information can be accessed. Those are just a few of the additions, but there are many more new security features coming in Android P.

Thanks to Project Treble, a total of 11 Android phones can be signed up to the Android P beta, so there are plenty of choices for admins to test enterprise performance on.

On Android P, touching the fingerprint scanner will prevent the phone from going to sleep

Opinion: Google AMP is still confusing, and it's not getting any better