Gmail's new web interface has been a thing for the past few weeks. One change that we didn't notice when it first rolled out and that, as far as we can recall, wasn't mentioned in the official announcement or leaks beforehand is the addition of @ mentions.

If you're typing an email and you mention someone that isn't yet in the list of recipients, either by typing @name or +name (Google+ supports both too, remember?) in the body, you will see a list of suggested contacts to add to your email. Hit Enter on any of them and they will both be added to the recipients list immediately and their name will show up highlighted and linked (as mailto:) in the body of the email. This only works in the web interface now - Gmail on Android doesn't parse @ or + signs as mentions. 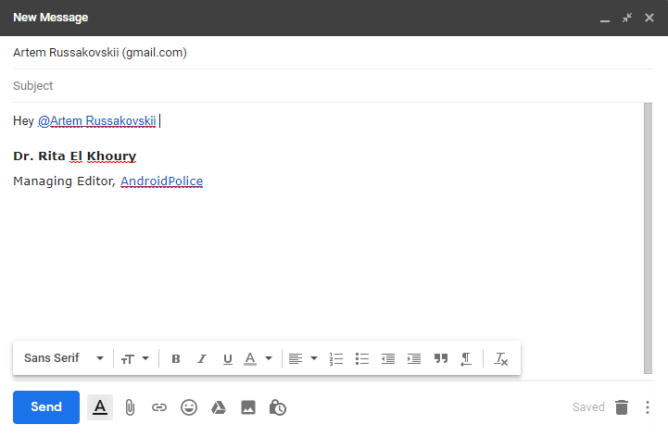 The previous Gmail design (below) didn't support this feature so you had to go back up to the recipients box to add a new person. 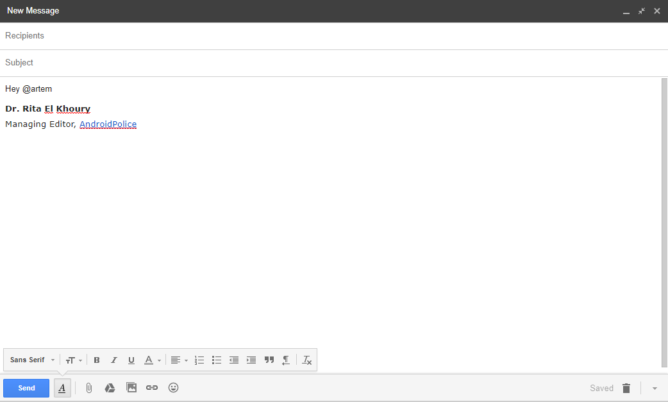 This is another small but very handy feature in the long list of neat usability improvements introduced with the new Gmail. Have you found any other?

House committee doubles down on ZTE sanctions despite Trump support

32 temporarily free and 48 on-sale apps and games to finish off the week, including Baldur's Gate II