Sega's Super Monkey Ball series has had an odd history on mobile. Back around the time when the first iPhone hit the scene, there was a lame pixel-based Monkey Ball that was available as one of the App Store's selling points. Suffice it to say it wasn't all that great. Then in 2012 Super Monkey Ball 2: Sakura Edition was released on iOS and Android, though the Android version was eventually pulled from the Play Store in 2015. Well, since then people have been clamoring for a new Monkey Ball game on Android, and obviously, the SEGA Forever program is the best way to go about releasing such a title. But what we just received is no classic in the vein of the arcade or Gamecube games, it's just a remix of the same gameplay found in the original Super Monkey Ball 2: Sakura Edition, just with an ever so slightly tweaked skin.

That's right, Sega, in its infinite wisdom, has decided to pervert their SEGA Forever program. It has up until this point been made up of only classic Sega titles, but by re-releasing a failed mobile game they conveniently pulled off the Play Store in 2015 it's clear the "classic" moniker doesn't mean all that much. So if you would like to revisit Super Monkey Ball on Android, you will now have to put up with the numerous ads that go along with every Forever release or pay $1.99 to remove them. Sadly for those of us who already paid for the original Super Monkey Ball 2: Sakura Edition, this is a bit of a raw deal.

But hey, enough of my whinging, here is what you can expect from the newly released Super Monkey Ball: Sakura Edition. Firstly you have four monkeys to choose from as playable characters. These include AiAi, MeeMee, Baby, and GonGon. You can also expect 6 different worlds to explore with a total of 125 stages, which should provide plenty of ball-rolling and banana collecting mayhem. There are also four additional mini-games, and yes, Monkey Target is one of them, but you will also find Monkey Bowl, Golf, and Base available as well.

Controls still work the same as they did in Super Monkey Ball 2: Sakura Edition. At the beginning of each stage, you will have to line up a dot in the center of a tiltmeter so that the controls are calibrated correctly. As you hold your device still a timer will count down, then you are free to start moving by using your accelerometer to control the tilt of the stage. So yeah, there is no virtual analog stick to be found, everything is controlled by tilting your device.

With the wavering ability for Sega to release competent emulations of their classic titles it looks like they are now relying on failed mobile games that are native to the platform to try and boost their floundering Forever program. While I don't doubt Super Monkey Ball: Sakura Edition will find some fans now that it's available for free with ads, I still find it questionable that Sega couldn't bother supporting the original when it's somehow now easily labeled a classic worthy of the Forever program. I'm really starting to wonder if Sega knows what they are doing anymore because it clearly doesn't look like it from the outside. 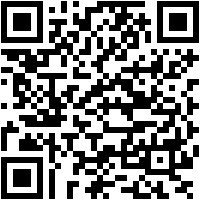