A few months ago I wrote about the pre-registration announcement for Bandai Namco's casual free-to-play fighter Dragon Ball Legends, and it was clear that the game was going to be a more cinematic take on Tekken Mobile with a Dragon Ball skin slapped on top. Tapping on cards to pull off a few power moves as you balance holding your thumb on the screen to charge their power is really all there is to it, which in the end plays out more like a game of rock paper scissors instead of the traditional fighting games we are all familiar with. This may appeal to some of you since it looks great in action and is easy to pick up, though I can see why the casual card-based fighting genre doesn't appeal to everyone

Early this morning the official Dragon Ball Legends Twitter account tweeted that Dragon Ball Legends has indeed released in the US on Android. That's right, not only are we the first territory to get an official release, Android beat iOS to the punch for once. Europe is slated to receive its Android version shortly, and the rest of the territories out there should receive their release sometime later.

Like I briefly mentioned in the intro, controls are pretty simple to grasp, that is if you can make it past the torturously long forced tutorial without tearing your hair out. Swipes on the screen will move your character up, down, left, and right, and there is even a dodge option for when things get really hectic. Tapping on the screen will perform basic attacks from far away or close up to your enemy. Holding your thumb on the screen will allow you to charge your Chi, which is necessary for your power moves, of which you have 4 to choose from. The thing to remember is that if you are charging, you can't pull off any other attacks, so you will have to balance how often you do so. And really, that's what this game is all about, balance. Picking and choosing the best times to launch your more powerful attacks is critical, especially when you delve into the rock paper scissors mechanics of those cards.

You can grab Dragon Ball Legends off of the Play Store right now if you live in the US as it is a free-to-play release. There are a few in-app purchases included with it though, and they range up to $40.99 per item. Compared to similar games of this nature, that isn't all that bad. 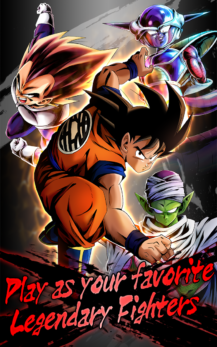 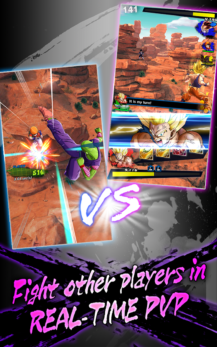 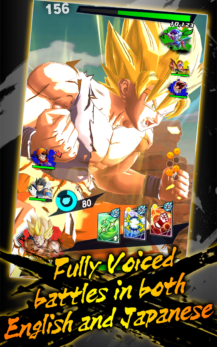 I suppose there is a lot Dragon Ball Legends has gotten right despite its casual underpinnings. It would seem some strategy is necessary to advance, which is more than can be said for many of the other card-based fighters on Android. Obviously, the graphics are phenomenal, and the voice work is superb. Fans of the show are going to eat this up, and even people who don't enjoy the anime may just find something to like here. After all, it's free to try, so why not give it a shot.

GeForce Now for the NVIDIA SHIELD is now free (for now)