Rumors have been swirling for a while that HMD Global was gearing up to launch a new device with a notched display. The Nokia X6 is now official, breaking cover on its Chinese website. Its name is an ode to the 2009 Symbian phone released by the company, although it shares little else in common. From the outside, the Nokia looks every bit a flagship Android phone of 2018. It's got a tall (19:9) 5.8" display with a sure to be divisive cutout, a metal frame, and an attractive curved glass back with a rear-mounted fingerprint scanner. It's also got dual cameras on the back — a main 16MP sensor with autofocus, and f/2.0 aperture, plus a 5MP black and white lens (also f/2.0). The internals point to a more mid-range device, however.

The X6 uses a Qualcomm Snapdragon 636 processor with either 4 or 6GB of RAM. The 4GB model comes with either 32 or 64GB of storage, but the 6GB option seems to only come in a 64GB flavor. There's also microSD card support up to 256GB. The display is only FHD+ (1080 x 2280 pixels), but it's protected by Gorilla Glass 3. Thankfully, it does include a headphone jack as well as a USB-C port for charging the modest 3,060mAh battery.

Only Android Oreo is mentioned on the Chinese site, although we can assume it would be an Android One device if released in other territories since HMD has said all of its new releases will be (unless they're Android Go like the Nokia 1). Apparently, the camera has a "powerful AI artificial intelligence algorithm," which sounds like every Android phone recently launched. The 16MP front camera allows for a face unlock feature, another way this phone keeps up with the Joneses, so to speak.

Black, blue, and white color schemes are available on the X6, which goes on sale in China on May 21st. Pricing starts at CNY 1,299 (just over $200) and goes up to CNY 1,699 ($266) for the top spec model. The naming convention sort of makes sense as the X6 places itself as a more premium version of the Nokia 6. 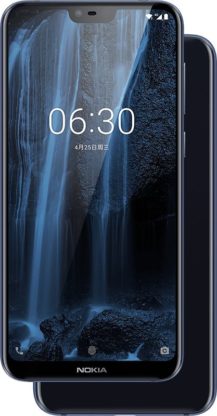 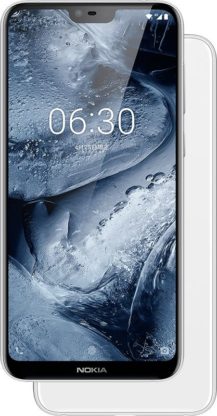 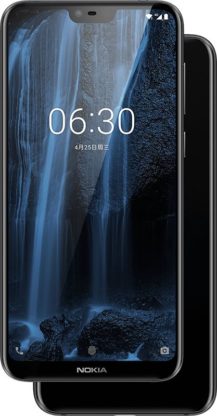 According to HMD, there are no current plans to launch the X6 in other regions, although that might change in future. Below is a Chinese promotional video with some pretty renders.

Apple seeks $1 billion from Samsung at retrial for patent violations