We live in strange times when many phones have but one port, forcing you to choose between charging and audio. The $45 Moshi Type-C charging/audio adapter promised to let you do both, but Google just pulled it from the Google Store. In fact, it never actually went on sale. It was "coming soon" for six months, and now it's dead.

If we ignore the exorbitant price for a moment, the Moshi adapter seems like a useful doodad. You plug it into the Type-C port on your Pixel or other similarly limited phone, and you've just turned one port into two. You can charge the phone over Type-C while also listening to audio with this adapter, or at least you would have if it ever shipped. 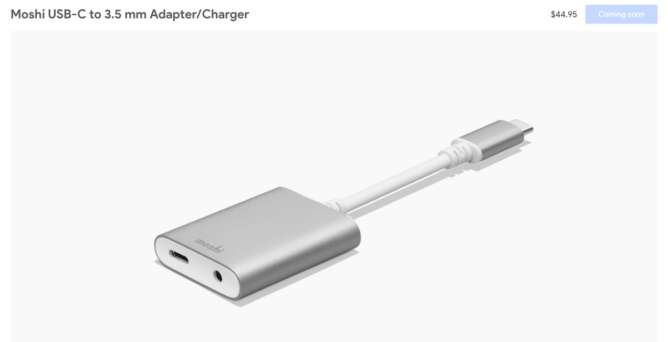 Moshi's official store and the Google Store never sold it. Some units appear to have shipped from Amazon, and the customer reviews are brutal. Buyers cite static on the headphone jack, poor build quality, and frequent issues recognizing when things are plugged in. Moshi probably decided to stop making this product in light of those issues, and Google just figured it would quietly delete the store page.

All the other combo adapters I can find have similarly negative reviews. So, I hope you enjoy choosing between power and audio.

Google Pay adds support for a whopping 171 additional US banks