Facebook is rolling out a number of new Stories features today, starting in India. The social network is adding voice posts, an archive for shared Stories, and the option to save photos and videos from the Facebook Camera directly to Facebook's servers to conserve local storage space.

Voice posts will let users record an audio message to be played alongside an image of their choosing in their Story. The feature is meant to help users who don't have a mobile keyboard they're comfortable with, as well as those who just don't want to type. Cloud storage for the Facebook Camera is a way to save space on entry-level devices with limited storage space. Both features are targeting users in developing markets, where Facebook stands to gain the most users. 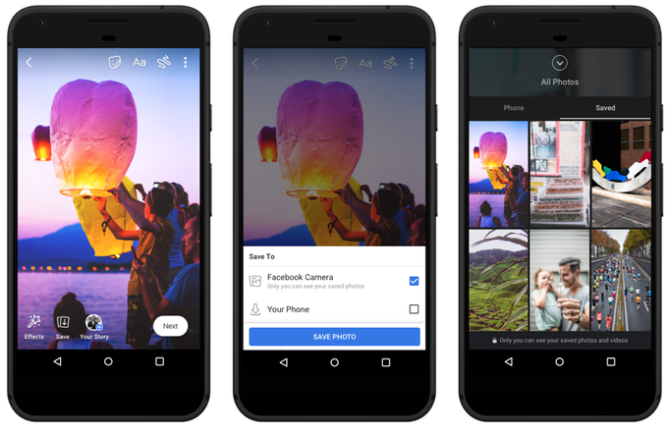 The Facebook Camera will allow users to save their shots online.

Stories are also getting a feature that—similar to Facebook-owned Instagram—saves expired clips in a private archive where users can review what they've shared and even share the posts again, if they choose. 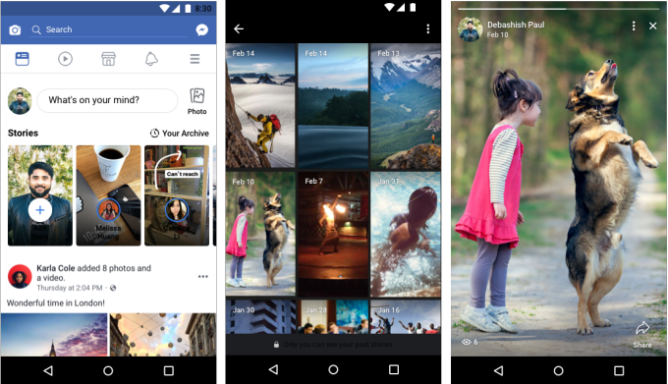 The new additions are rolling out in India starting today and should make their way to the rest of the world "shortly thereafter."