Over the recent months, we've seen Wear OS implement a blacker theme over many of its apps and interface elements. This has carried over to Google's own apps with Keep being the prime example and now another is joining the fold: the Phone app.

You may be wondering where that Phone app resides. Usually, you don't interact with it a lot unless you receive a phone call, in which case it surfaces. Yet even though the app can place outgoing calls too and access your call history, it may not be in the app drawer, depending on your watch. Instead, it's accessible by going to the Play Store, then checking the list of your apps, finding it, and tapping Open. Not intuitive.

Still, if you accessed it before, you would have seen a three-tab interface with first your contacts, then recent call history, and finally the dialer. 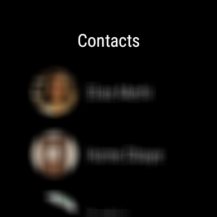 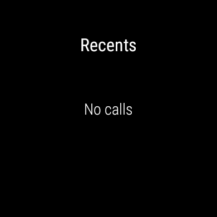 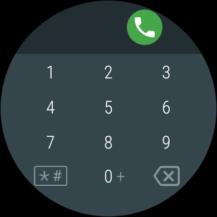 With the update to version 2.02.008, the Wear OS Phone app gets a vertical scrolling interface. On top is a shortcut to open the dialer (which gets blacker), below it is the call history, and if you keep scrolling, you'll find your contacts list. 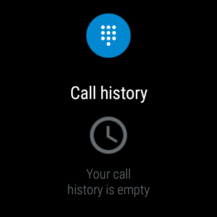 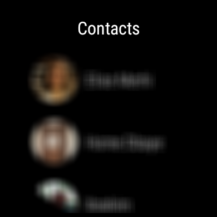 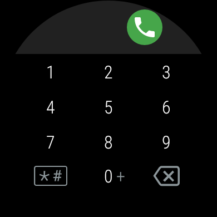 There's another change you'll notice if you receive a call. Previously you could only pick up or dismiss, now you also have an overflow menu (topmost screenshot) that lets you send quick replies if you're not answering a call.

The changelog also mentions "streamlined outgoing calls," but nothing has changed there from my tests. Whether on the previous version or the new one, I could easily find a contact, choose a number for them, and then tap the call button which re-routes it to my phone.

The update to Wear OS Phone should be available to you in the Play Store on your watch, or you can grab the file from APK Mirror if you prefer to flash your updates manually. From now on, maybe we can expect more updates for the app since it doesn't seem to be tied down to the system anymore. 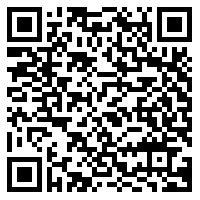 YouTube is testing an Incognito Mode in its Android app